See The Track That Made Olamide Love Wizkid

What’s better than bromance? Celebrity bromance that ages well! In this story, we go down video archives to see Olamide speak about the Wizkid song that made him a fan. 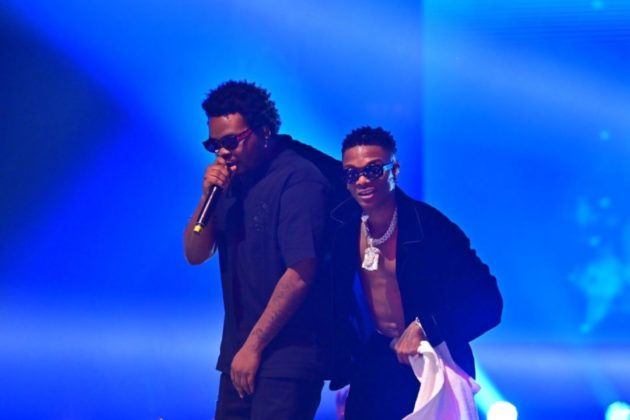 It is often said that the internet never forgets and this has been proven countless times and once more as an old video of Olamide being interviewed by media personality, Adesope Olajide resurfaces. In this case, the video doesn’t report divisive news but rather, on a relationship that has aged well as Olamide shared with the host the one song that had made him take note of Wizkid and realise he enjoyed his music.

ALSO READ: “I Would Not Have Met Olamide If Not Because Of Social Media”-Asake Reveals

In the video which is at least 6 years old, Olamide was captured saying he’d been feeling Wizkid since he heard him on Jesse Jagz’s Intoxicated featuring Wizkid and Soul-E. The rapper had burst into the Wizkid-rendered chorus and said; I fell in love with Wizkid right from that track. When I heard it I was like ‘men, I gotta work with this guy.’

According to Olamide, he’d told ID Cabasa about wanting to work with Wizkid at that moment and eventually, the beats he made for a song for his Rapsodi album ended up being the beats to their first collaboration, Omo To Shan. Since then, the two talented acts have collaborated on three other tracks, Confam Ni, Kana and Totori and have become musical powerhouses in their different lanes.

Watch the video where Olamide talks the track that birthed his collab with Wizkid here: