Beautiful moments of Yul Edochie and wife, May at her foundation launch [Video] 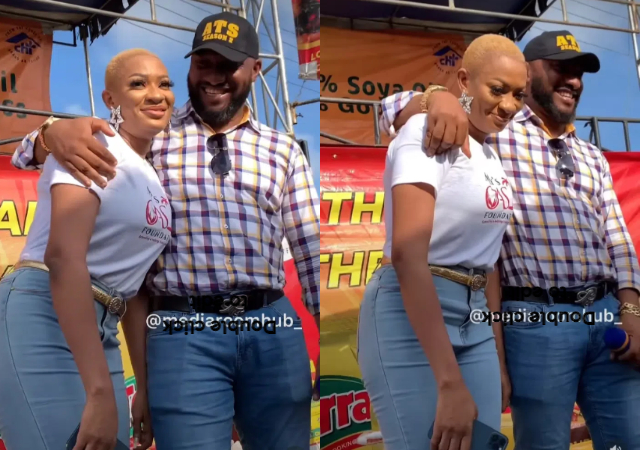 More beautiful moments of actor Yul Edochie and his first wife, May Edochie, have surfaced online.

GISTLOVER reported that Yul stepped out in style with May after shutting down reports of being estranged from her.

Yul and May’s relationship of over 2 decades had been strained following his affair and marriage to a colleague, Judy Austin.

The actor was by his wife’s side as she launched her foundation.

A video by Media Hub showed the couple looking all smiles as they stepped on the stage to address the crowd.

May, who isn’t a good public speaker and didn’t know what to say since this was her first charity act, gave the microphone to her husband.

Yul Edochie drew her closer and held her tightly to him as the crowd cheered them on.

Yul declared that no man could put his marriage to May asunder.

Further speaking, he said he came out to support her and double her offer to the needy.

It seems the couple have reconciled and are working on their strained relationship.