What Portable Had To Say About Rapper Drake Singing ‘Zazuu Zeh’

Fast rising Nigerian singer, Portable, has reacted after a fan compared him to American rapper, Drake.

The fan had taken to the popular micro-blogging platform to assert that the “Zazu zeh” crooner is gradually replacing the international act in the music industry.

On sighting the post, Portable quoted the tweet, bragged about singing Drake’s hit single, ‘God’s plan’, word for word and asked if the Canadian Rapper can sing his smash hit song ‘Zazu zeh”.

He simply wrote, “I can sing God’s plan, but can Drake sing Zazu zeh?”

Meanwhile Popular actress, Toyin Abraham has given her husband, Kolawole Ajeyemi a birthday to remember after bringing his favourite musician to their home to sing for him.

According to Abraham, she brought Timi Dakolo to sing birthday songs and some of his popular songs to the celebrant.

She shared the story on her Instagram page and wrote:

I got him    @timidakolo is one of his favorites so I brought him home to wish Oko mi @kolawoleajeyemi happy birthday. 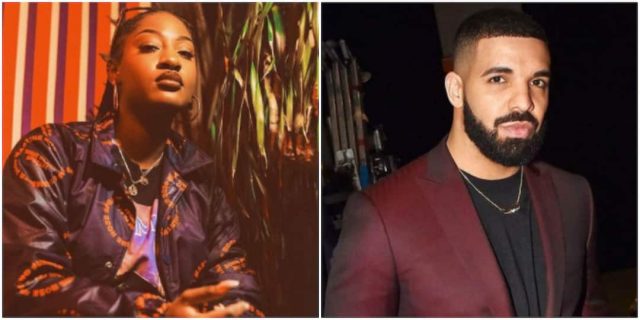 I Cooked For Drake and His friends, the Pepper Choked Them Small but They Loved It – Tems

I Cooked For Drake and His friends, the Pepper Choked Them Small but They Loved It – Tems