“Wey the yansh wey we been dey wiggle on the gram few days ago?” – New video of Bobrisky on jumpsuit sparks reactions 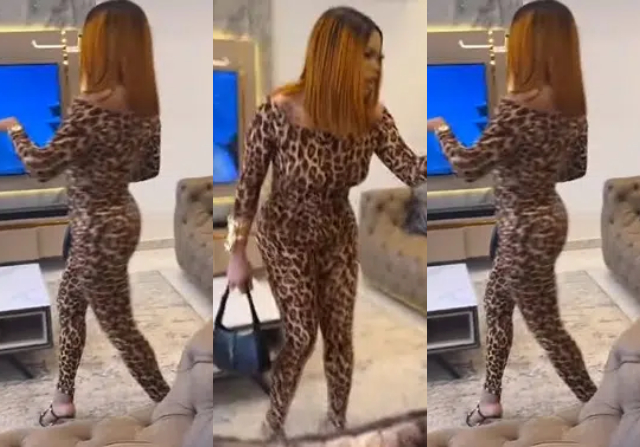 The male Barbie was seen in the video advertising for a brand, but netizens were more interested in his body shape. He rocked a bodyhug jumpsuit while moving around in the video.

While some people noted that his backside seemed way smaller than what he usually flaunts on his Instagram page, some others shared their opinions about his skin.

The self acclaimed is well known for flaunting his backside on Instagram after making the public aware of the surgical body enhancement procedures he underwent.

In other news Young man identified as Opeyemi Olufemi is apprehended by the police after stealing from the offering box of a church to the tune of N620K.

A video making rounds on social media captured the moment an individual was subdued after robbing a church of its offerings.

The individual had accessed and robbed a church whose name and location remain unknown at the time of this publication.

Opeyemi was caught with a bag that he stashed with money of all dominations amounting to a total of N620,115.

Upcoming Bobrisky :“Dad Sent Me To UNICAL At Age 17; This Is How I Turned Out” – Crossdresser Reveals

Upcoming Bobrisky :“Dad Sent Me To UNICAL At Age 17; This Is How I Turned Out” – Crossdresser Reveals