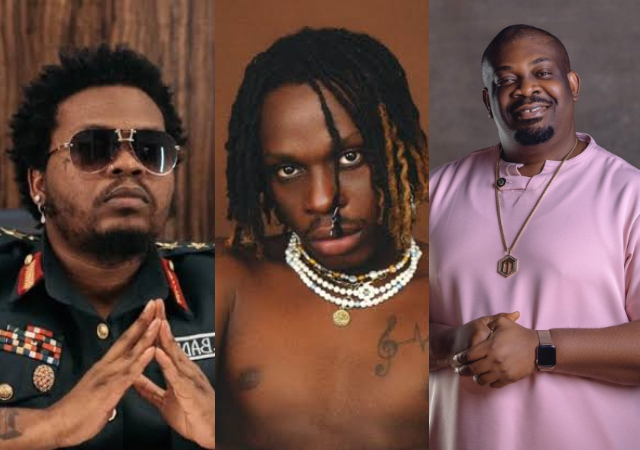 One of Nigeria’s popular music stars, Fireboy, was asked by an interviewer to choose between two legends in the industry, Olamide and Don Jazzy. Fireboy did not think twice about his answer as he went for his YBNL record label boss, Olamide.

Fireboy admitted that the two are legends as he gave them his respect but said some nice words about Olamide that informed his decision to pick him. He stated:

“Common on Olamide is personal to me that is my big bro, my mentor, my CEO.”

Netizens have reacted differently to the video of Fireboy’s interview, most of them felt the question he was asked was too controversial and unnecessary. *

Some of the comments culled below:

Laffitout_: “Them suppose flog the interviewer some 2.70hl cable for throat.”

Bowlahsadiq: “Is this suppose to be a question in the first place….Listen to everything he said to answer the question!!! All Fact nd True.”

Kelper_dc: “You want make he pick another person over e chairman

Amy_nart: “So you people want him to pick someone over his helper I tire for una.”

Olu_of_nj: “Na dem dey always start fight they can’t put out. What sort of question is that?”