The singer had a shocking entrance in Atlanta that got a lot of fans talking, he came on stage with a live goat.

Popular artiste, Asake, has left fans with their mouths aghast with his strange props during a performance in Atlanta

The YBNL signee brought a goat on stage during his performance at a recent concert in the United States and he held it by a leash.

Asake could be seen dragging the goat around the stage while singing his song ‘Trabaye’ but the animal was proving stubborn and it was holding back the singer’s efforts.

Fans interpreted his action to signify placing himself in the same category as the goats of Afrobeats; Davido, Olamide, Wizkid, and Burna Boy.*

@_Tabloo“The goat asake brought to stage Is it for Asun or Pepper soup?”

@Allegrata3Asake is funny as fck. If you listen to his lyrics you’ll know. So l’emi wear sutana is the most hilarious line on the album. If you don’t get his sense of humour it’s cuz you only listening to the beats.

#BBNaija: Daniella Reveals How She Will Handle Her Parents When Asked About Salacious Moment with Khalid [Video] 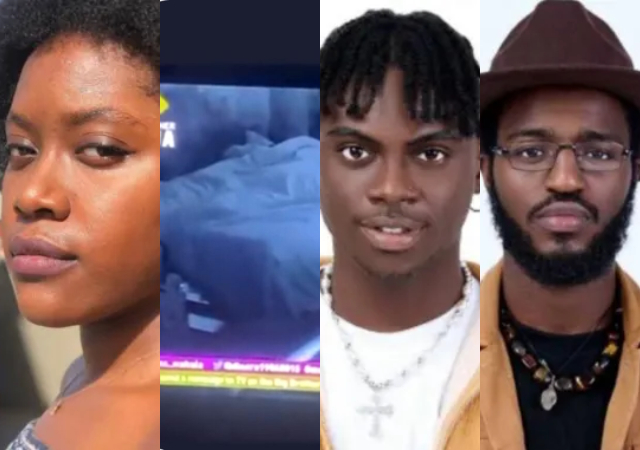 #BBNaija: Daniella Reveals How She Will Handle Her Parents When Asked About Salacious Moment with Khalid [Video]