The reality star referred to him as a ”jobless person” in an Instagram post on Thursday after Falegan took to Instagram to accuse Nkechi of lacking personal hygiene.

Reacting to the accusation, Nina called Opeyemi a jobless person who enjoys getting the attention of the public.

Reacting to his claims, the former Big Brother Housemate, via the comment section of the news slammed Opeyemi for being jobless and hovering around the actress since their dramatic breakup.

According to her, Opeyemi is enjoying the publicity coming from the dramatic breakup with the actress.

In her own words; ”This guy is definitely jobless and is enjoying all the publicity y’all are giving him”

Meanwhile, Nkechi Blessing has responded to her ex-boyfriend Opeyemi Falegan’s claim that she lacks personal hygiene.

The actress described them as a ”mighty lie”, asking why he is finding it difficult to move on since they fell apart.

According to her, she doesn’t have any panties, doesn’t wear and has never worn a pant since she was 18.

“Drop your accent and phone then, speak to your child”- Reactions as Nina Ivy expresses worry as her son bullies his classmate [Video] 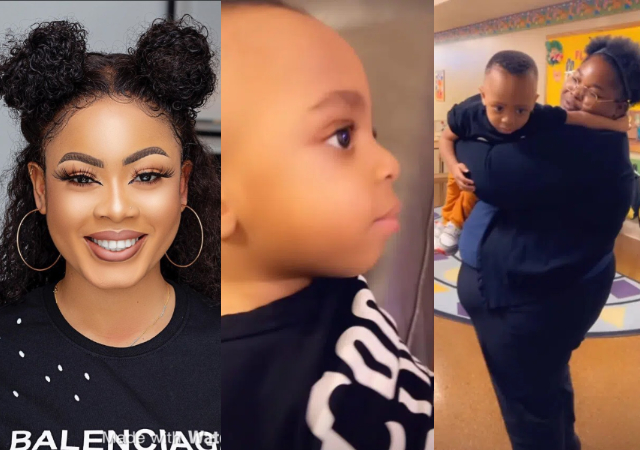 “Drop your accent and phone then, speak to your child”- Reactions as Nina Ivy expresses worry as her son bullies his classmate [Video]