Davido was spotted with his assurance, chioma for the second time this week

It appears all is well between singer Davido and Chioma, mother of his son, Ifeanyi.

Days after photos and videos of them holding hands at his concert in Lagos surfaced online, another video of them spending time recently in a club has been shared online.

Chioma could be seen lovingly holding Davido by his neck as she smiled.

Watch the video below…

earlier, the Nigerian celebrity barman, Cubana Chief Priest has shared a rare video of Davido and Chioma while revealing when Chioma would give birth to second child.

According to Cubana Chief Priest, he is very sure that the chef would give birth another child with Davido next year, 2023.

The celebrity barman went further to gush over the sweet couple while throwing shades at people who thought their relationship was over. 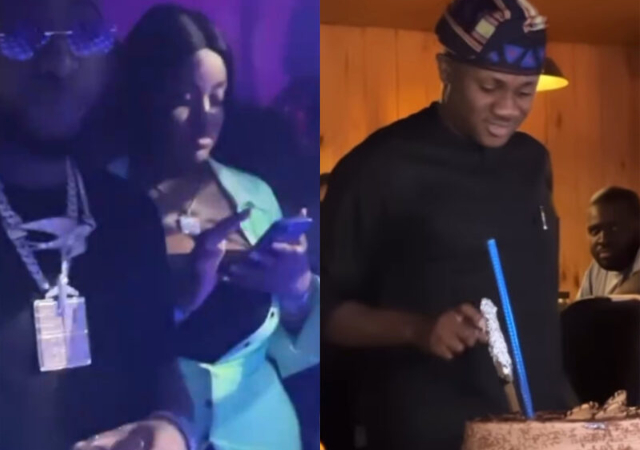