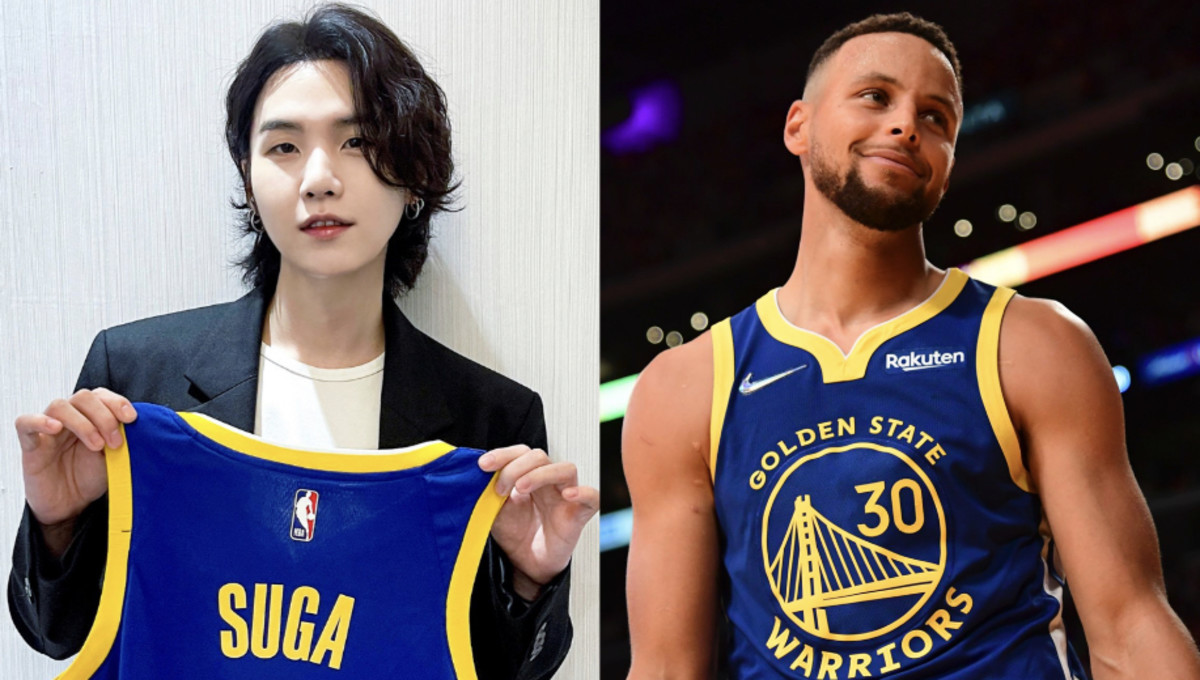 Golden State Warriors star Stephen Curry has shocked fans worldwide with his gift to a member of the iconic group BTS, Suga.

Golden State Warrior basketball star Stephen Curry thrilled fans worldwide with his gifts to a member of the popular group BTS, Suga. The basketball star had initially given Suga his signed jersey and received an album and a video for his family, who had been huge fans of the group BTS.

Steph Curry had given Suga the unreleased version of his sneakers ‘Curry 10 (SPK)’ which he wore for the pre-season game in Japan against the Washington Wizards, which the Warriors had won convincingly.

The Golden State Warriors had invited Suga to catch the game and also inducted him into the Dub Nation.