See The Top Nigerian Artistes, Songs And Albums Of All Time On Apple Music 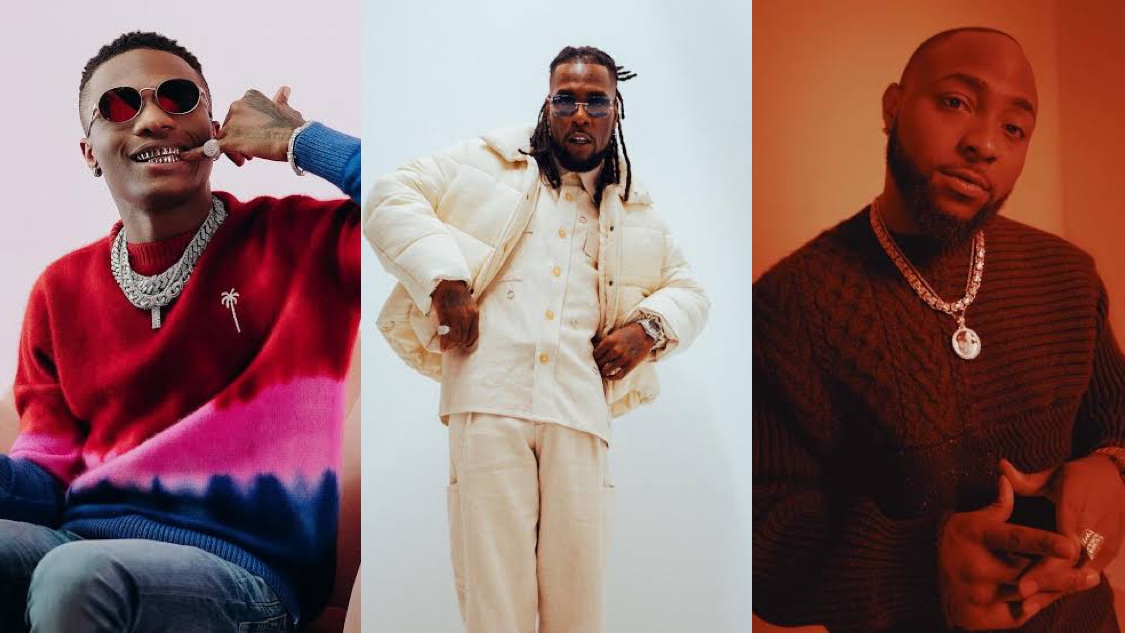 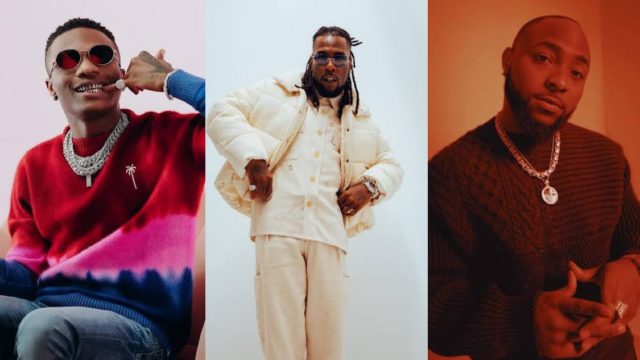 Apple Music has put out a list of the top Nigerian songs of all time in celebration of the forthcoming Independence Day and it’s a list of some of our favourite songs.

Putting out a list of records from top Nigerian songs of all time, to top albums, most Shazamed and top artistes under a campaign tagged Oshe Naija, Apple Music had paid cognisance to some of the biggest songs and artistes from the country. For the category of Top Nigerian Artists, Burna Boy had come first, followed by Wizkid, then Davido, with Fireboy DML and Tems ringing it in for new-age acts on the fourth and fifth positions respectively.

Under the category for Top Songs of All Time, Ckay’s Love Nwantiti led the pack, with Wizkid’s Tems-featured Essence coming second to precede Fireboy’s Peru, with Ye and Last Last by Burna Boy coming fourth and fifth.

The Top Nigerian Albums of all time had been topped off by Wizkid’s Made In Lagos, then preceded by Burna Boy’s African Giant then Love Damini on the third position, Twice As Tall fourth and Tems’ For Broken Ears as the fifth top album 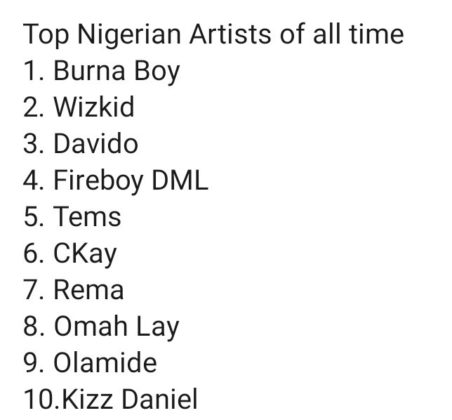 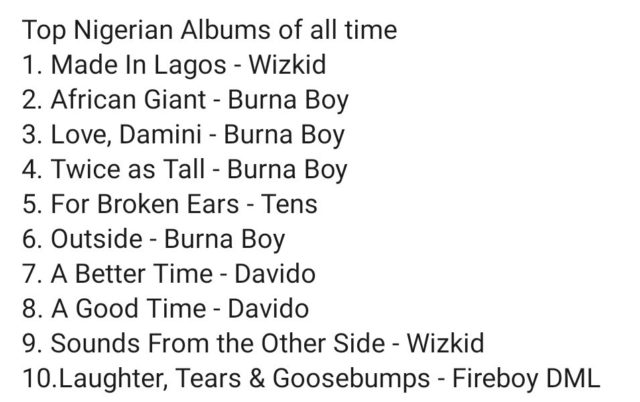 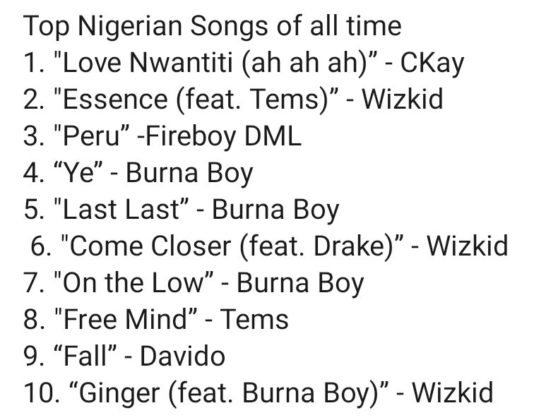 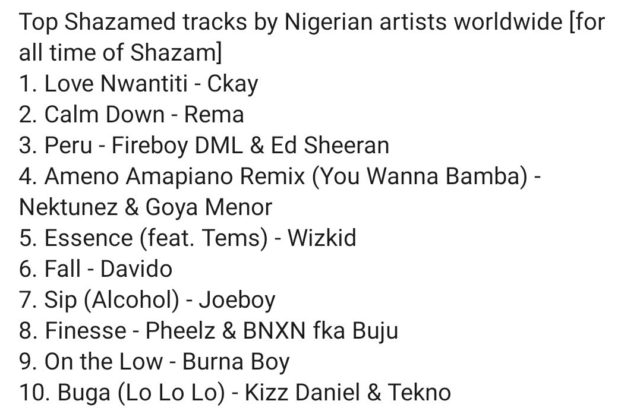