See Tems’ Response To Waje’s Request For A Collab 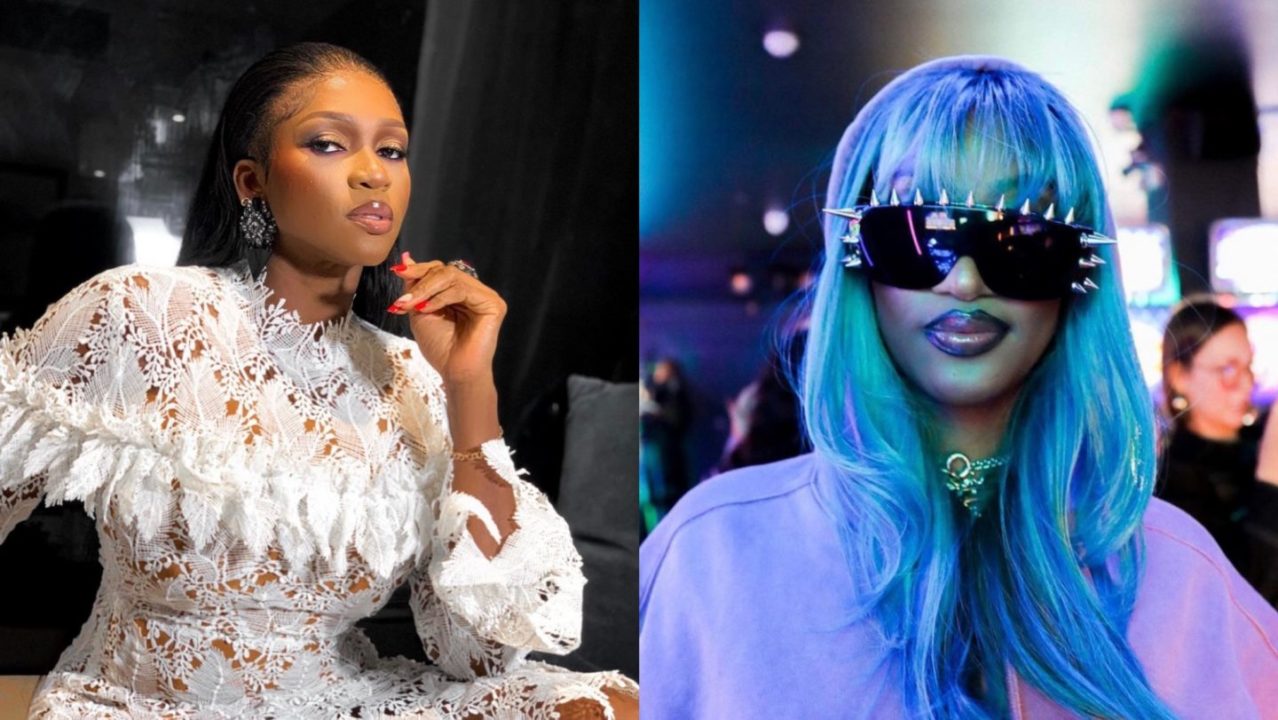 On today’s episode of ‘Women Supporting Women’ Tems has issued a response to singer Waje’s request for a collab. See what the singer said below: 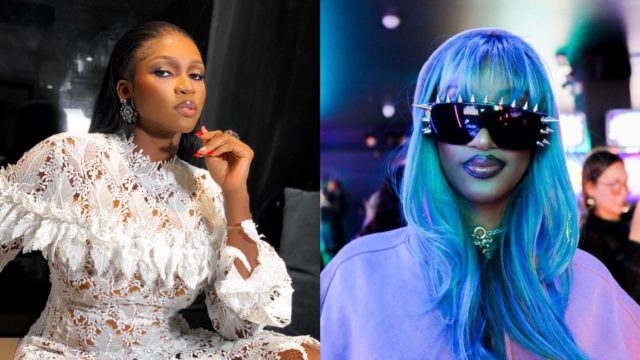 ALSO READ: Tems Reveals Why She Has Been Absent From Social Media | READ

Waje had set the ball rolling on the collab request via an open call on Twitter, saying; “Imagine @temsbaby and I on track.
Please guys whisper to her.” The tweet which instantly blew up, soon elicited a response from Tems as the singer said; “Check yah dmss Sisss💖💖” 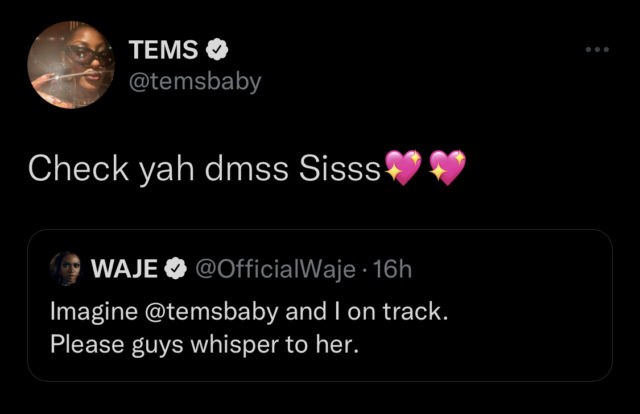 Tems had expressed her appreciation for the veteran singer earlier in the year following her BET Award win which she’d extended to female Nigerian singers via a graceful Twitter shout-out. Now it seems the scene is about to get a power collaboration between the two singers.

Celebrities React To Wizkid And Tems Win At BET Awards 2022

Celebrities React To Wizkid And Tems Win At BET Awards 2022