One thing about Portable the Zazoo crooner, he will always speak his mind. The singer has now addressed Burna Boy for using lines of his slang as well as his picture to promote his coming album. Read the full story below! 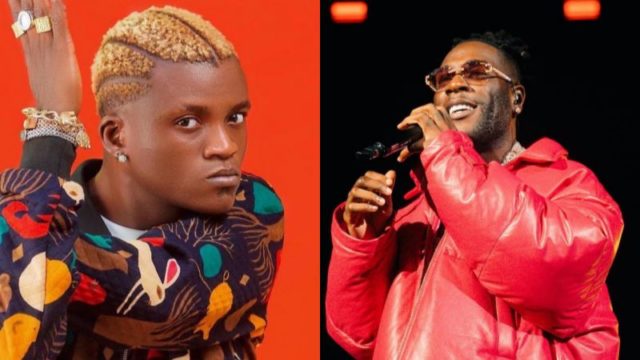 Portable had said; “Wahala dey look for trouble, na jeje I sidon, uncle Burna Boy, abeg shey you won help me ni abi you wan rip me? Abeg, I use God beg you, shey make we sing ni abi you just dey use me do promotion? Na so you use my picture promote your album now you come dey sing ‘Akoi grace, akoi mercy, blessings dey follow me.’ Na me get am, abeg make we do song now.”

Burna Boy had initially tweeted a photo of the Zazoo singer on the 18th of May, stating that he’d love to make it the cover art of his soon-to-be-released album. Following this, a video had surfaced of Burna Boy backstage for his show at Primavera, Barcelona saying the aforementioned lines from Portable.

Watch the video where Portable addressed Burna Boy below: