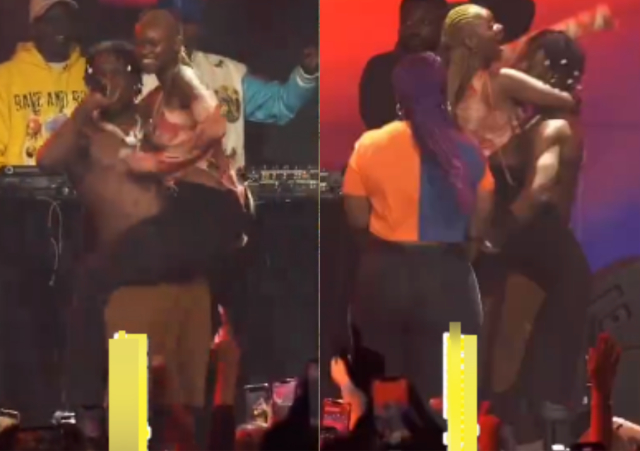 At one point, he used just one hand to carry the lady, which was a lovely scene to behold.

Every concert-goer looks for that special moment when they have an encounter with their favourite artiste during performances, most especially the ladies.

One such interesting encounter happened during Rema’s recent concert as a lady joined him on stage to entertain the crowd further.

At one point, he used just one hand to carry the lady, which was a lovely scene to behold.

Social media users across the nations have shared hilarious reactions to Rema’s performance video where he carried a lady.

Vstarma: “Omo all those girls con get jealous face.”

Oops_girlie: “Mehn see jealousy on the faces of other girls.”

Shed_lee: “All men get power when e reach to raise woman like this.”

DJopdot_iloveyou: “So Rema get power like this he even carry the girl put for one side o.”

Royalricch “Those girls for audience don swear for Rema finish, which kain level of jealousy be this.”