The lineup for the much anticipated Coachella 2022 Festival has been announced with a glaring absence of African Artists even after a good year for them.

The Coachella 2022 lineup has just been released and the fact that it is lacking in African Artists has drawn rather serious reactions. The list was announced on Thursday, the 13th of January 2022.

The Coachella festival have had African Artists on their stage in the past. Back in 2019, Burna Boy raised a storm when he was announced on the lineup but his name was written in small fonts. The issue was later sorted and his name was writer how he wanted and he later performed at the show.

No African acts were added to last year’s lineup and with the amazing year had by Afrobeats stars in the past year, a lot of people were expecting some African names on the list this year.

The lineup for Coachella 2022 has been announced with African artists missing from the list again this year, except legendary South African DJ, Black Coffee. This has led to widespread reactions with many people questioning the rationale behind omitting the African names. 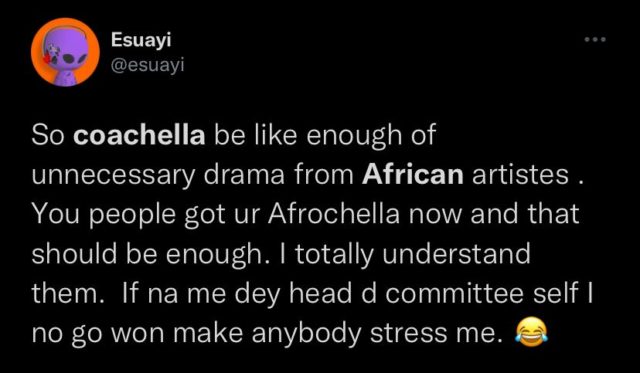 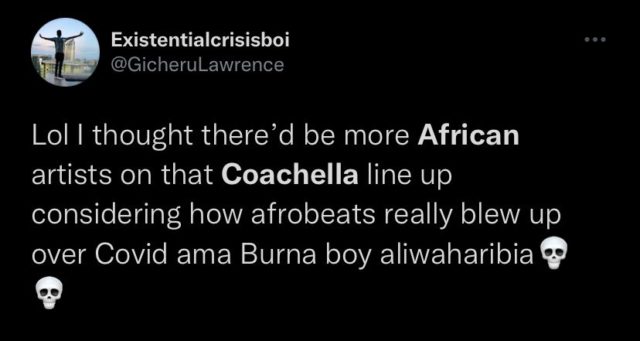