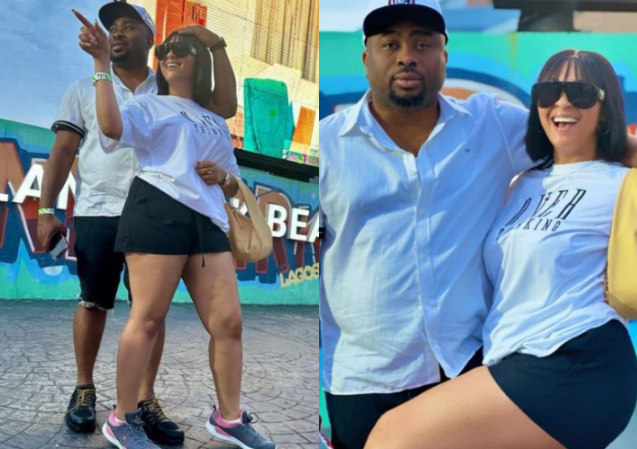 Nollywood actress Rosy Meurer has gushed over her union to her colleague’s ex husband, Olakunle Churchill.

Recall that actress Tonto Dikeh was once married to Churchill, who she has a son for, but they parted ways.

Churchill has moved on with Rosy Meurer, who was believed to be his then mistress.

Sharing several photos of her and her husband, Rosy Meurer gushed over their blissful union.

She stated that her favorite fairytale is their love story.

“My favorite fairytale is our love story”.

In other news Davido has affirmed that controversial singer, Habeeb Okikiola better known as Portable is a wild person but speaks fact.

Davido took to his Instagram stories to share a video of Portable where he was dishing out a piece of advice to his fans.

In the video, Portable could be heard saying “Wa (Come), never put the keys to your success in someone else’s pocket o! wa (come), I don’t understand English but I will try. Hello!”

Reacting to the story, Davido wrote: “I have been laughing for an hour straight… he wild but he he speaking fact”.