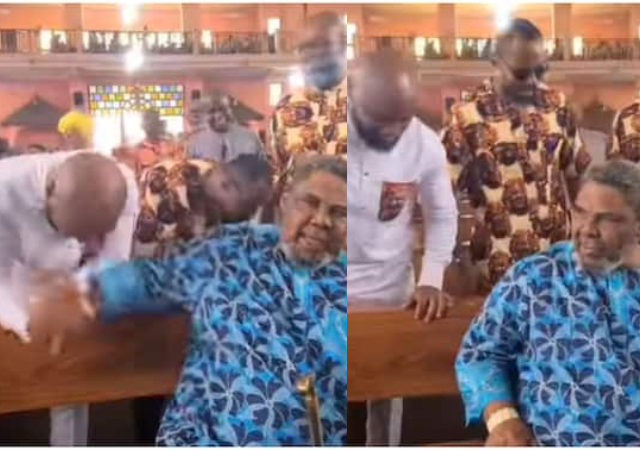 The father of five was seen in the video hailing his father, calling him the Ogadagidi I of Igboland and the Lion of Africa

Yul Edochie recently stirred reactions online with a video he shared on his social media page of himself and his father, the legendary Pete Edochie, exchanging handshakes.

Yul had captioned the post in felicitation of his father and mother’s 53rd wedding anniversary as a celebration of life.

In the post, Yul praised the almighty God for the life he gave his parents while saying he loves his parents deeply.

See some of the reactions Yul Edochie’s sparked online:@adakarl1:

“Una papa get levels no be mouth.”@ceyejay:

“And you couldn’t emulate this beautiful example of your parents. Na wa oo.”@callme_clarasimdi:

“You came late to church and you are distracting people. Shouting during concentration. If na my church na outside you for find yourself.”@princessgrace2324:

“If your Dad did what you have done, this day probably wouldn’t have happened. Blessings to your parents. May they live long to celebrate many more anniversaries.” 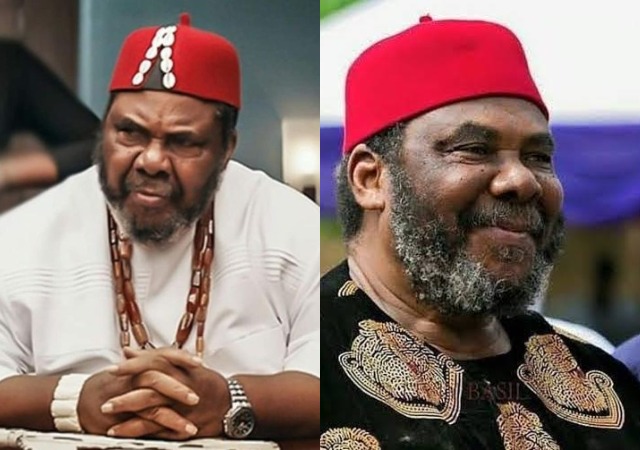 I Used to Be Scared of my Dad – Yul Edochie Recounts Childhood Experiences, Lauds Pete Edochie

I Used to Be Scared of my Dad – Yul Edochie Recounts Childhood Experiences, Lauds Pete Edochie