Nicki Minaj, Meek Mill, Cardi B & Others React To The Death Of PnB Rock | SEE

Various American stars have spoken about the shocking death of the rapper. 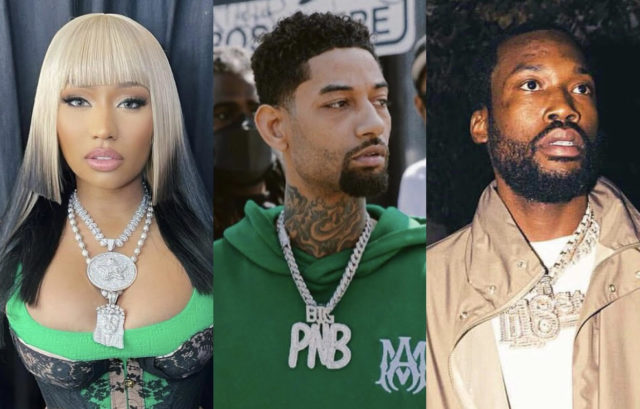 American stars Nicki Minaj, Meek Mill, Cardi B, and others were part of the numerous people who have expressed shock at the untimely death of their colleague, PnB Rock.

According to several reports, Rakim Hasheem Allen, popularly known as PnB Rock, was killed in a robbery operation at a restaurant in Los Angeles on Monday, September 12, 2022, at the young age of 30.

It was reported that the Philadelphia-born rapper had stopped at a restaurant with his girlfriend, who had shared a location-tagged video on her social media platform, which was where he was attacked.

According to the Daily Mail, “a suspect in the incident pulled out a firearm and ordered PnB Rock to hand over items, shot the victim, fled the parking lot through a side door to a getaway car.”

Other international stars like Drake and Offset also took to their social media platforms to speak about the sad news. Nicki Minaj wrote:

After Pop Smoke there’s no way we as rappers or our loved ones are still posting locations to our whereabouts. To show waffles & some fried chicken????! He was such a pleasure to work with. Condolences to his mom & family. This makes me feel so sick. Jesus. #SIP #PnbRock

Cardi B also sent her condolences to the family of the bereaved, condemning the public for blaming the rapper’s girlfriend for his death. She wrote:

I highly doubt nikkas was looking at PMB’s babymom IG. He was in a bad location and people stay outside plotting. It’s very irresponsible and inconsiderate to blame her for something so tragic. We should be sending nothing but love to her and his family at this time.