“Marrying Wrong Is The Worst Mistake You Can Make In Life”— Yomi Black’s Ex-Wife, Liz Says

Elizabeth John the estranged wife of Nollywood actor, Yomi Black, has come through on social media to share a subtle piece of advice with her generation about life choices when it comes to marriage.

Elizabeth John revealed on her Instagram story that one of the worst mistakes a person can make is to marry the wrong person.

Elizabeth whose marriage with Yomi Black crashed in 2021 advised her fans not to be pressured into quickly making a decision that they would regret.

Social media users could not agree with her less as they also shared their thoughts.

cylunita wrote; Someppl were nor pressured and ended up marrying the wrong person… And it’s not the worst mistake in life. Shit happens and we learn from it🤷🏾‍♀️

abseea The worst is to marry wrong and most dangerous is to remain being married in d wrong marriage May God not let us marry wrong. Especially in an already wrong country like Nigeria . Double wahala 😩 Never allow a situation make a quick decision for you. It will be the biggest mistake.

Devariety wrote; It’s not one of the biggest mistakes… it’s the biggest mistake! Dnt rush into nonsense because u are hungry for congratulation hmmm Make the government sef ban marriage, this marriage Wahala don Dey too scary 😂😂😂

‘I need a man 40 and above, financially stable and healthy’ – Yomi Black’s ex-wife says one year after divorce

‘I need a man 40 and above, financially stable and healthy’ – Yomi Black’s ex-wife says one year after divorce

“I Love You My Lil Mama”- Singer, Patoranking Writes As He Celebrates Daughter’s 4th Birthday [Photos] 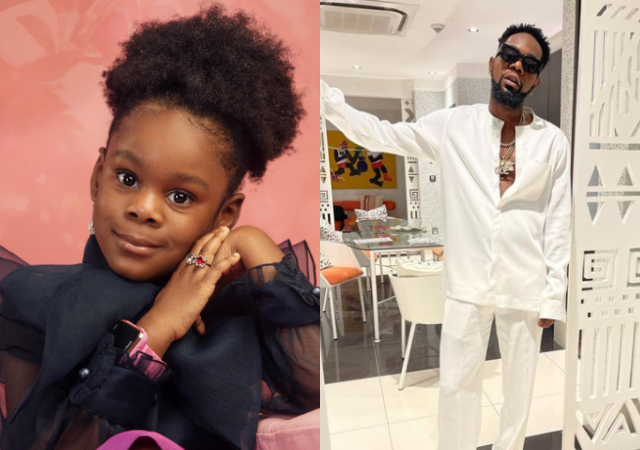 “I Love You My Lil Mama”- Singer, Patoranking Writes As He Celebrates Daughter’s 4th Birthday [Photos]