Lovely Photo Of Tobi Bakre’s Wife And Their Baby Boy

Popular Nigerian reality TV star, Tobi Bakre’s wife is enjoying life as a new mother as she takes to her social media page to share photos of her and her new newborn.

Tobi Bakre recently listed his wife as one of his many achievements for the year 2021.

The couple got married in August 2021.

Meanwhile Popular Harry Potter’s spell from the fictional movie has come alive after a Nigerian man used one of the spell in the cult movie to functionalize the flashlight of his smartphone.

He made the attempt after a report by Uber Facts that the spell ”Lumos” when spoken with voice command, can turn on iPhone and Android flashlights.

To confirm if the aforementioned is actually true, this young man put it to the test and it worked perfectly with his iPhone.

He shared information of his discovery on social media writing; ”Hey Siri” and a second later he said ”Lumos” after which the flashlight became active. 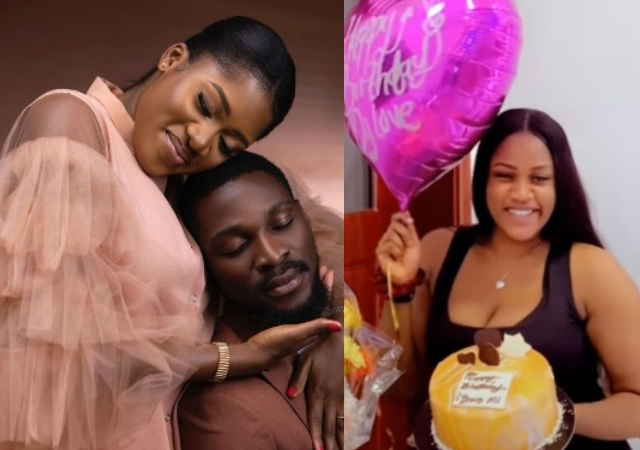 “Daddy Of The Year” – Reactions As Tobi Bakre Melts Heart As He Backs His Son, Malik [VIDEO]

“Daddy Of The Year” – Reactions As Tobi Bakre Melts Heart As He Backs His Son, Malik [VIDEO]

3 Months after Their Wedding, BBNaija Tobi Bakre’s Wife Put Him Up For Sale

3 Months after Their Wedding, BBNaija Tobi Bakre’s Wife Put Him Up For Sale