Actress, Chacha Eke Fanni has opened up on her struggles with her mental health.

The mother of four says she recognises herself in the boy who destroyed his mother’s house.

Chacha Eke-Faani while reacting to the viral video of the damage a boy did to his mother’s house in a fit of rage, made some shocking revelations.

The initial reports claimed the boy is 12 and he destroyed properties in his mother’s house because his phone was seized.

The boy’s mother later spoke up to clear the air. She said her son is 15 and has a mental health crisis.

Reacting to the video, actress Chacha said she “recognises” herself in the boy because she has done the same thing the boy did.

She added that she has destroyed properties and damaged many items when she’s having a mental health crisis.

“I have watched the viral video of the 12 year old boy who literally wrecked his mum’s house because she siezed his phone. Here I am making this video, hoping that somehow this video will get to the mother of the boy. Contrary to the popular opinion in the comment section of the video, all I have to tell you is that your son is sick. He is mentally unstable. He has mental imbalance. I know this because I recognize myself in your son through his actions. I have wrecked household properties, equipments, damaged all sorts, different times; material and immaterial,” she said.

Chacha Eke-Faani’s mental health issues were brought up a couple of years ago when she revealed she was leaving her marriage and hinted at being abused by her husband.

She later denied being abused by Austin Faani and said she has a mental illness called bipolar disorder and it gets worse when she’s pregnant.

This year, she announced again that she’s leaving her husband to preserve her life.

“I woke up excited; with inexplicable joy bursting through my soul” -Chacha Eke expresses joy amid marital crisis [Video] 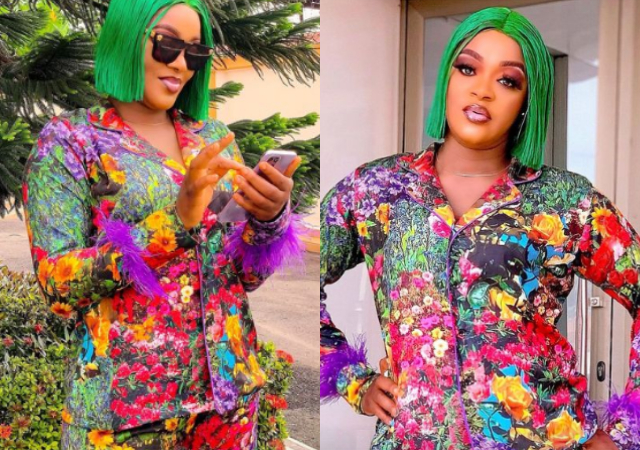 “I woke up excited; with inexplicable joy bursting through my soul” -Chacha Eke expresses joy amid marital crisis [Video]

2yrs Ago You Made Us Look like Liars, Here We Are Again – Women’s Rights Activist To Chacha Over Her Crashed Marriage

2yrs Ago You Made Us Look like Liars, Here We Are Again – Women’s Rights Activist To Chacha Over Her Crashed Marriage