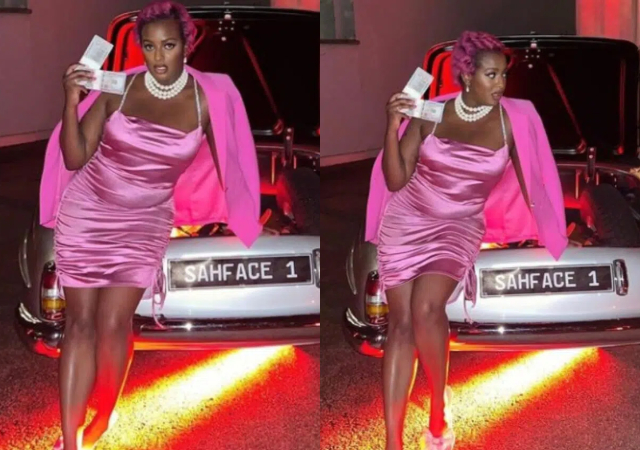 The dramatic DJ Cuppy took to her Instagram story to lament how she had to wait long for men to text back despite looking good.

Cuppy shared the post with a photo of herself. She wrote: I look this good but still have to wait ages for silly men to text back.

Netizens reacted to the post by consoling DJ Cuppy with encouraging words, urging her to open up to the interested ones even when they are not the right men.

One Ameena claimed, “I know right, the ones you want be acting up while the ones you don’t want are up in your face stressing you out.”

Another user identified as Blessing wrote: I wonder what sis must be doing wrong in her relationship game.

One Gerald wrote, “Maybe the feel you don’t rate them. Most men wouldn’t be having fun in a conversation where the lady thinks them silly, Cuppy😂Give the less silly ones a chance then because you truly fine with sufficient crazy to match.”

“Let your guards down and also be humble too in your relationship. Holla back!” One JMH advises DJ Cuppy

Recall that DJ Cuppy had earlier revealed her top bucket list when she was gearing up for her 30th birthday.

The daughter of billionaire Otedola disclosed that she is dedicating the next chapter of her life to her family.

She would prioritise family and work towards being a better sister and daughter.

Sharing photos of her and her brother, Fewa Otedola, with their mum, Nana Otedola, she captioned it with, “This year, I’m going intentionally be a better sister and a better daughter. Work is work, but family is for life. I’m going to be 30 this year, and maturity comes when you stop making excuses, and you start making changes.” “Life is too short for beef”- DJ Cuppy smokes the peace pipe, settles with her ex-boyfriend, Victor Anichebe

“Life is too short for beef”- DJ Cuppy smokes the peace pipe, settles with her ex-boyfriend, Victor Anichebe