Nigerian superstar, Davido took to his Twitter page recently to raise money from his fans but he did not expect to receive 40 million in under two hours.

Davido shared his account details on Twitter, asking that his real fan send him something and two hours later, he had over 40 million from his fans. This happened on Wednesday, the 17th of November 2021.

Davido is ready to drop a new single, Champion Sound which features Focalistic on Friday. This is his very first single this year and his fans are very much excited to have the singer back.

READ ALSO: Davido Threatens To Kick Out Members Of The 30BG | SEE WHY

Before his new single dropped, Davido decided to test his fanbase by dropping his account details on Twitter but did not expect 40 million in two hours. The total amount sent to him keeps rising by the minute and more of his fans are sending money to the account. The singer revealed that the goal for the account is 100 million as he wants to clear his new Rolls Royce from the port. He said earlier; 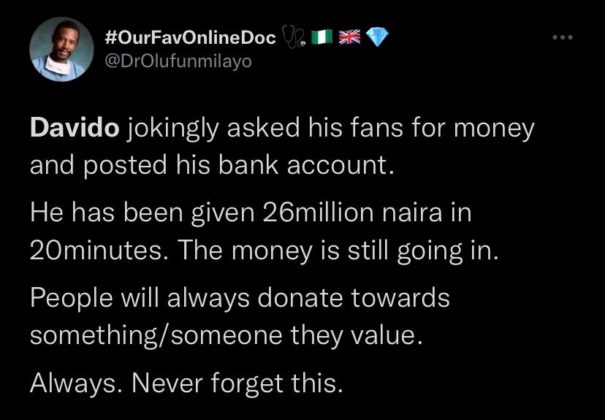 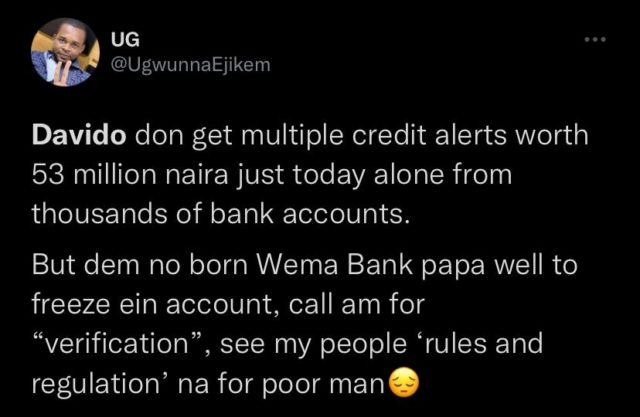 Why I Featured Mayorkun & Busiswa On Kilofeshe – Zinoleesky
Celebrity News

Why I Featured Mayorkun & Busiswa On Kilofeshe – Zinoleesky