Having my kids was a blessing, even though I once suggested abortion – Actor, Charles Okocha 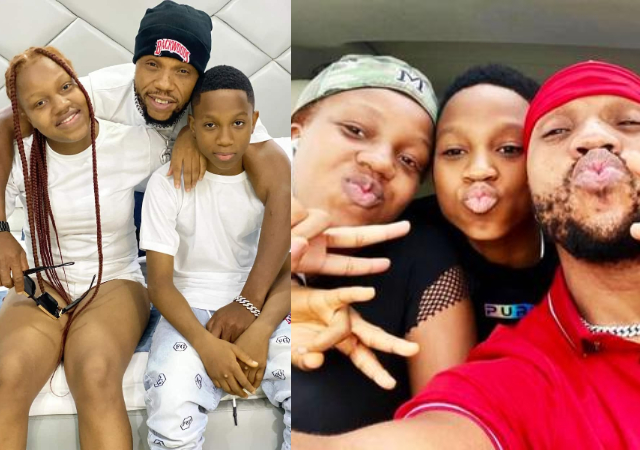 Charles Okocha who shares two children, a son and a daughter with two different women disclosed in an interview that having them was a blessing even though he suggested abortion at the time of pregnancy.

He disclosed that he takes care of his baby mamas and further told revealed that one of them is now married.

Actor, Charles Okocha aka Igwe 2pac has taken some time off to reflect on his journey through fatherhood.

Charles Okocha who shares two children, a son and a daughter with two different women disclosed in an interview with Punch that having them was a blessing even though he suggested abortion at the time of pregnancy.

The actor revealed that she suggested abortion to his girlfriend after being told of the pregnancy because he wasn’t ready. His mother however stepped in and took care of everything.

Charles Okocha stated that he takes care of his baby mamas and further told the publication that one of them is now married.

“I guess having those kids was a blessing, even if it was out of wedlock and I never wanted them. It wasn’t something I wanted at that time. I even suggested abortion to my girlfriend when she told me that she was pregnant, I won’t lie. I did that but I owned up to my action of getting her pregnant and I never disputed for once. I suggested that because I wasn’t prepared or ready for that but she went ahead to tell her mum about it and when my mum eventually got to know about the situation, she took her (my girlfriend) in and took good care of her until she was delivered of my baby. My mum took care of everything for my daughter and it was the same for my son. They had no reason to lack. I don’t only take care of my kids, I also take care of their mothers.

“Because I take good care of my baby-mamas (the mothers of my children), they had no reason to come to say any wrong about me. We communicate well and one of them is even married now. Marriage was not a very thing at that point.

“She moved on because she felt she wasn’t getting any younger at that point and it’s okay but what I won’t accept is having another man take up my responsibility. That’s why I work very hard and do things to put food on the table and make my kids live a better life.”