Fireboy DML Speaks on Relationship With Asake And Making Of ‘Bandana’, WATCH 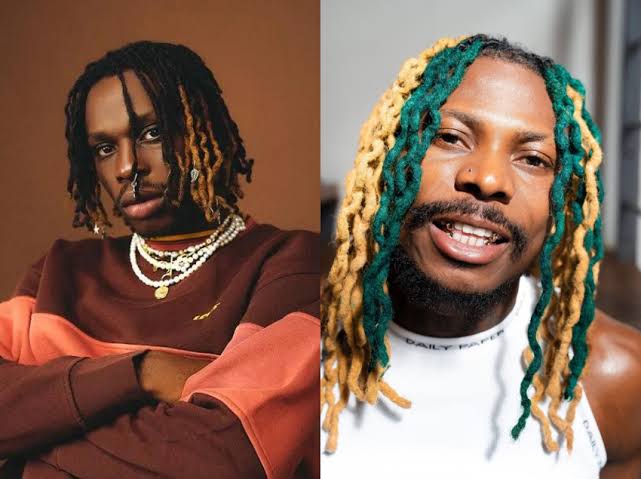 Our fave YBNL signees gave us a jam with ‘Bandana’ and now Fireboy is letting us in on what it was like to work with Asake as well as their relationship. Read all about it below. 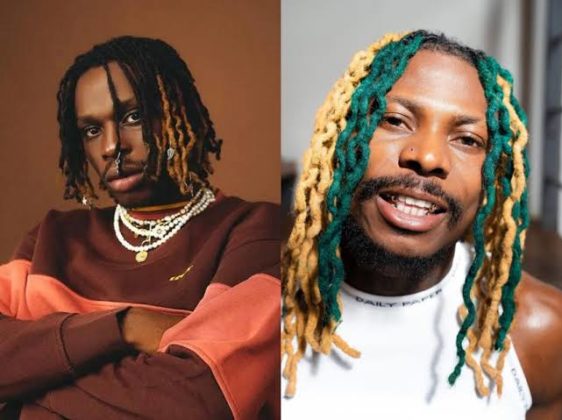 Fast-rising global star and new-age Afrobeats ambassador, Fireboy DML has opened up on his relationship with fellow YBNL signee, Asake and how their Bandana collaboration came into fruition on an interview with Ebro Darden on Apple Music 1.

According to Fireboy who described himself as a”selfish songwriter,” he was stuck in a rut while making Bandana and had no idea what to do with the chorus. He’d eventually opened up to YBNL founder and veteran rapper, Olamide who assured him that Asake was the man for the job. Heeding Olamide’s advice, Fireboy had then sent the record to Asake who recorded his verse even while on the tour bus.

Fireboy also spoke on his relationship with Asake who’s currently sweeping the scene with one hit song after another and in his words, described the singer as a “Born superstar.” Speaking on their shared experiences as a graduates of Obafemi Awolowo University, Fireboy said; “He has that crazy personality, he’s a born superstar. We have that synergy from way back in school. We connect because of the struggles (which are similar) because we went to the same uni, that’s why our synergy was the same. It’s a song that tells our stories different ways.”

Fireboy’s Bandana with Asake is a lead single off his Playboy album and has since its release become a fan favourite.

Listen to Fireboy speak on the making of Bandana below: