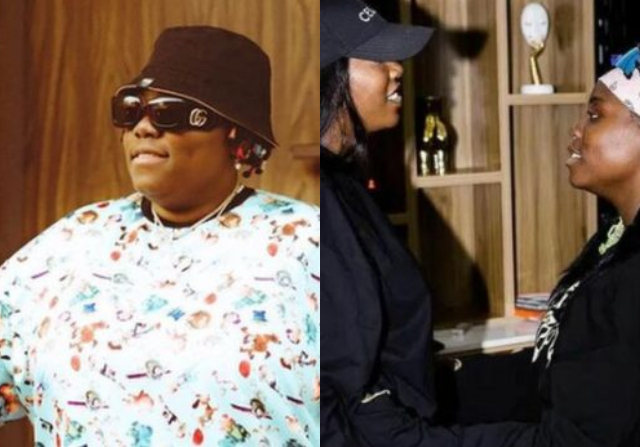 A photo of Teniola Apata, better known as Teni, with her top colleague, Dr Tiwa Savaga has raised concerns over her weight.

This comes after a recent photo of the ‘little little’ singer surfaced on social media with singer, Tiwa Savage.

In the photo, the 49:99 singer was captured having a close conversation with Teni who paid rapt attention to whatever Tiwa Savage was saying.

Teni’s obvious weight loss caught many fans of the singer’s attention, as they pried about the singer’s health. Some went on to note that Teni must have has a Gastric Bypass surgery.

See some reactions below:

Smallbuton wrote: I hope she’s okay. She looks so small

Missmoon wrote: Teni probably lost weight because she is ready for motherhood.

datblackwoman2.0 wrote: Why is nobody talking about that bozo that said she lost weight because she’s preparing for motherhood? I didn’t know fat people were Except from motherhood o

Frankugo_ wrote: Is this really Teni? Is she sick

Why I didn’t sign Falz, Simi and Teni – Don Jazzy reveals as he expresses regret

Why I didn’t sign Falz, Simi and Teni – Don Jazzy reveals as he expresses regret