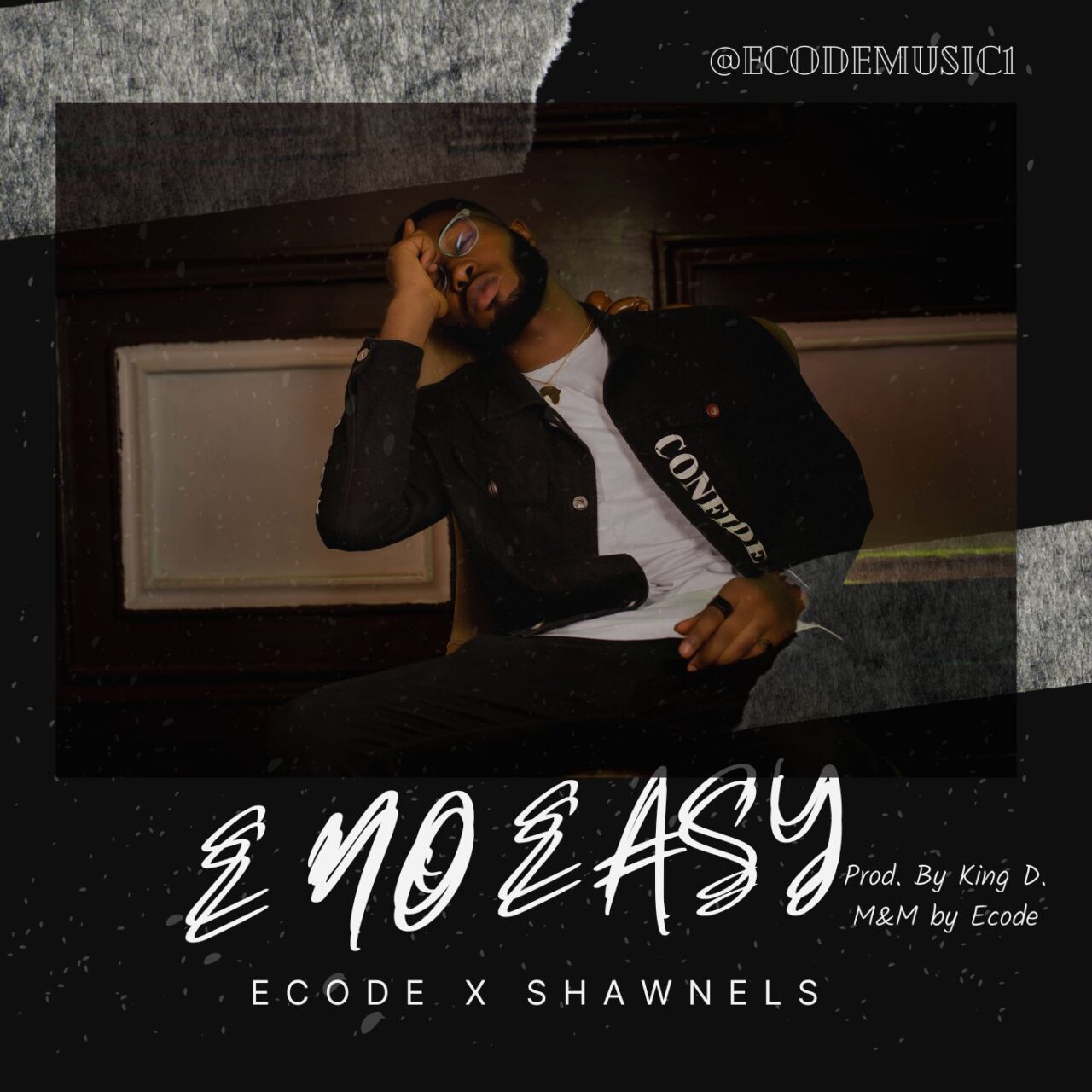 The super talented singer and music producer after a short break off the music scene surfaces with this thrilling tune.

This is a follow-up to his previous single dubbed “Opor” featuring Zeyk which had over 10000 downloads and still trending like wildfire till date.

Ecode on this new song titled “E no Eazy” talks about responsibilities that comes with being a man as well as all the challenges.

This a song a lot of men out there will relate to. It was produced by talented beat-maker King D but mixed and mastered by Ecode.

Don’t forget to leave a comment underneath as to what your thoughts are on this masterpiece.

The song is out on all digital platforms worldwide, get it on Apple Music

[Music] Ecode – One Life One Bae

[Music] Ecode – One Life One Bae