“Did I Force You To Do It?” – Bobrisky Reacts As Fan Who Drew Tattoo Of Him Says He Has Been Suffering Ailment [Video] 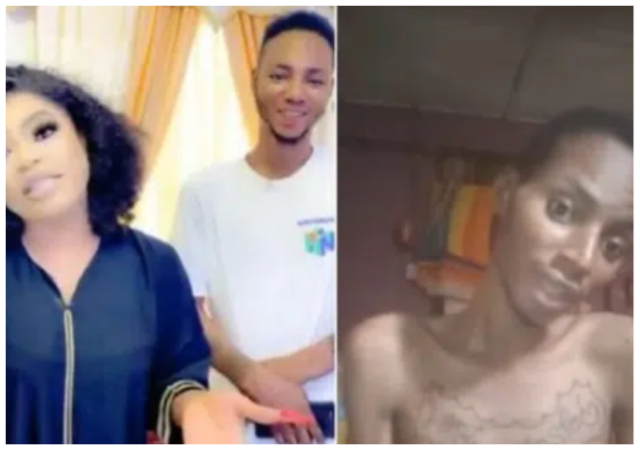 Nigerian cross dresser, Bobrisky, says he is not responsible for whatever his fan is going through

Nigerian crossdresser, Idris Okuneye, popularly known as Bobrisky has reacted after a man claimed to get an ailment after drawing a tattoo of him.

The man claimed that a strange ailment took over him as a result of complications from the tattoo of Bobrisky he inked on his arm.

Recall, in March 2021, he tattooed Bobrisky’s face on his arm and expressed his love for the crossdresser.

Reacting to this, Bobrisky went live on Instagram to make it clear that he has no hand in whatever happens to the boy because he never forced anyone to make a tattoo of him.