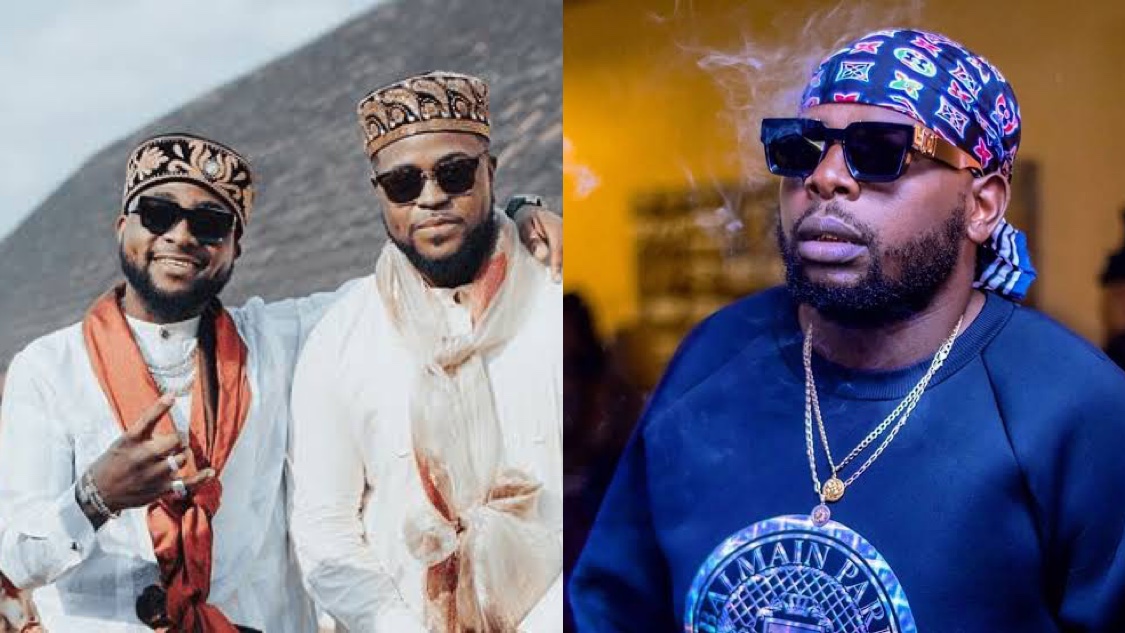 Twitter is shaking right now as Davido, Davido’s brother, Adewale Adeleke and DJ Maphorisa become involved in a tussle over the origin and rise of Amapiano from Nigeria to the world. Follow the story below. 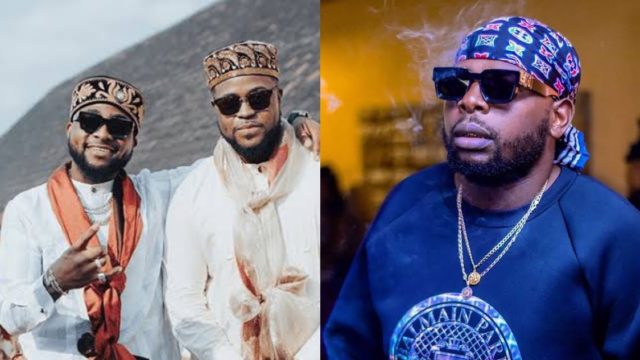 Davido’s brother, Adewale Adeleke, has reacted to the ongoing battle of Amapiano lords between DJ Maphorisa and Davido, backing his brother’s claims of not being liked.

According to a tweet by Adewale Adeleke who is also chairman of the HKN Record Label, Davido gets disrespected by music creatives even after helping them. The HKN boss said; “My brother put on a countless number of artists & producers only for “some” of them to disrespect him! There’s a reason why he’s still here and y’all fell off….” 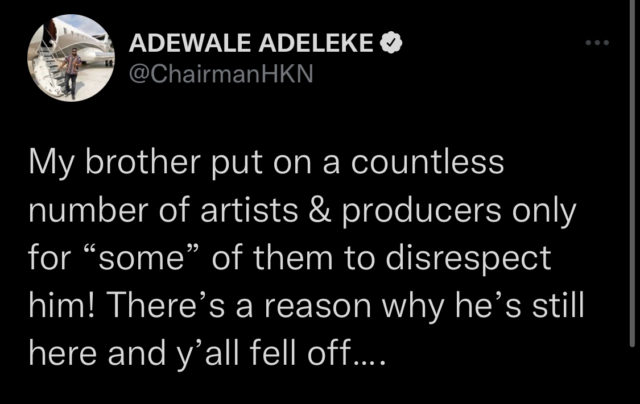 This reaction was silently cosigned by Davido who retweeted it following his response to DJ Maphorisa’s tweet where the South African music producer corrected a fan’s statement by saying Davido wasn’t the Nigerian musician to import Amapiano to Nigeria but rather, Wizkid and Burna Boy. To this, Davido has declared that the South African DJ never liked him while quoting lines from his song with Ke Star song with Focalistic.

Adewale Adeleke is Davido’s older brother, together, they’d founded HKN music which was the bedrock of Davido’s rise on the music scene before he branched out to establish his own record label, DMW.

Wizkid’s Thrills Fans With His Performance At ‘Oh My! Festival’ In Amsterdam | WATCH

Wizkid’s Thrills Fans With His Performance At ‘Oh My! Festival’ In Amsterdam | WATCH