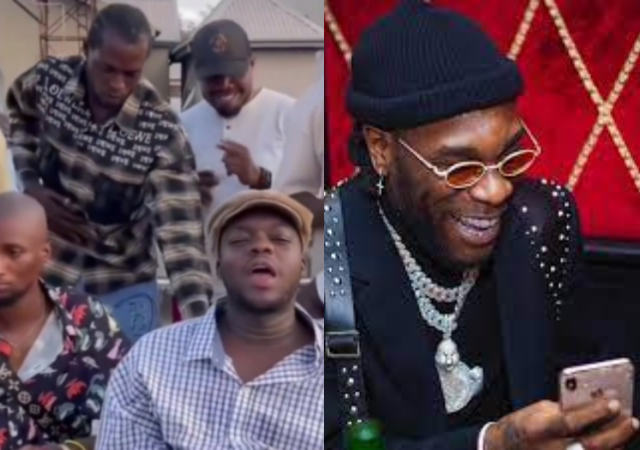 The skit maker set Twitter ablaze with a video he uploaded on Tiktok recently.

In the video, Cute Abiola, born Abdulgafar Ahmad Oluwatoyin, is seen with his boys singing and dancing to ‘It’s Plenty’ and ‘Common Person’ originally sung by Burna boy.

Dressed in Yoruba attires, the Content creator is captured making funny facial expressions in the video.

Burna came across the clip on social media and found the video hilarious.

“This made my day”