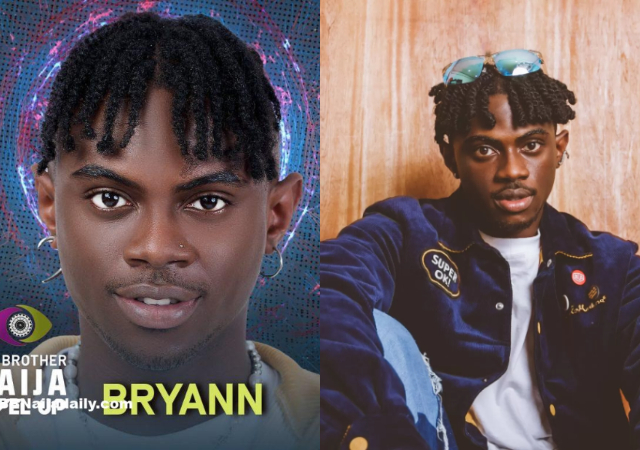 Bryann comes from a family of four consisting of his father, mother and his younger sister, who is also the last child

Bryann is among the Big Brother Naija housemates revealed on the 23rd of July when this season’s contest began. Like anyone who joins the Big Brother house, attention is immediately targeted at them, and Bryann is not losing out in that department.

While Bryann has been in the public eye since 2019, much more attention has been targeted towards him lately since the season began. Many are curious to know more about this BBN housemate and fish out facts about them that will serve a purpose during online banters. This article shares some interesting facts about Bryann that everyone needs to know.

Bryann BBNaija goes by the full name of Brian Chukwuemeka Chijioke. He was born in August 1998 to Mr and Mrs Chijioke, who hail from Owerri, Imo state, Nigeria.

Bryann comes from a family of four consisting of his father, mother and his younger sister, who is also the last child.

Though his parents are now divorced, but he is closer to his mother.

Although much is not known yet about his primary and secondary education, Bryann went to Babcock University for his university education, where he also majored in Computer Engineering. Aside from his discipline, he also finds interest in music, dancing and acting.

It might surprise many, but Bryann has been in the entertainment industry before the call to the Big Brother house. He is a Nigerian singer and artist and started his musical career in 2019.

In an Instagram post, while introducing himself, Bryann describes himself by saying, “my name is Bryann and music na my occupation.”

Before becoming a reality TV star, Bryann is first an artist, a music producer and an actor. Bryann counts Wande Coal, Vybz Cartel and Angelique Kidjo as some of his musical influences.

Although the 24 years reality TV star started composing music in 2019, he finally put out his first full-length project in 2021.

He described himself to be at his happiest when he is meeting new people, partying and watching movies. He says, “I would call myself an extravert, a mix of both an introvert and an extrovert. I have random bursts of energy and low-energy days, but I understand how to navigate people in either of these situations.”

Bryann is also at his happiest when being creative and hopes Big Brother Naija will give him the platform to interact with people, raise his social currency and create awareness about his music.

During the introduction, Bryann also hints to his fellow housemates about his chronic late coming tendencies saying, “I’m super forgetful, so I sometimes forget to pitch for meetings on time,” he says.

Unfortunately, he didn’t win the show, he was the second runner up.

As someone already doing well and pursuing his musical career before BBNaija, this has also been where his wealth comes from. Currently, Bryann’s net worth is estimated at $160,000, around #100,000,000 million naira as at 2022

So much of his social media popularity started growing after he joined BBNaija. Currently, he can be found on several social platforms like;

What Is Bryann’s real name?, His real name is Brian Chukwuemeka Chijioke.

Why Is Byrann BBNaija Famous? Bryann is currently famous because he was into music before joining BBN. BBN has only added to his popularity.