Nigerian stars like Blaqbonez, Joeboy, and Ayra Starr also stayed up to bop the new Wizkid. 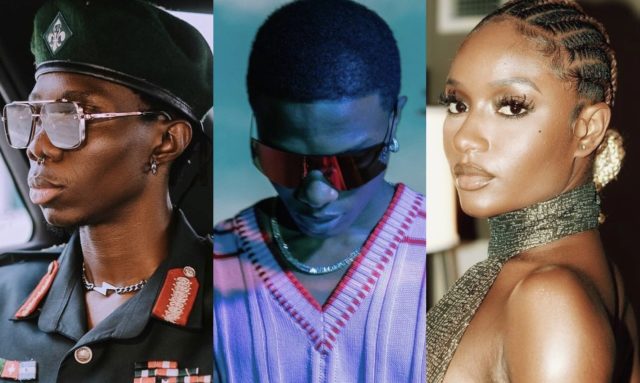 Nigerian music stars Blaqbonez, Joeboy, Ayra Starr, and others have expressed their opinion about the new Wizkid song ‘Bad to Me’.

The Grammy-nominated Wizkid, who has not released new music since he dropped the deluxe version of his “Made in Lagos” album last year, is finally back with an amapiano-infused tune co-produced by ace Nigerian beatmaker, P2J, and Ghanaian talented producer, Sammy Soso.

Just like the majority of Afrobeats lovers who took to social media to share their thoughts about the song, Blaqbonez, Ayra Starr, Joeboy, Crayon and a slew of others did the same. Chocolate City rapper Blaqbonez wrote:

Ace singer-songwriter, Joeboy, also shared his excitement about the song. Accompanying the post with a fire emoji, he wrote:

See other reactions below