Bella Shmurda has opened up on how he had successfully recorded his hit song ‘Philo’ with Omah Lay. 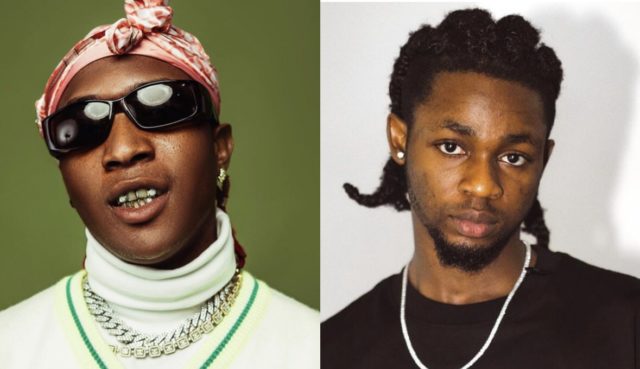 Bella Shmurda, in a private listening session for his album, opened up on how he had completed the recording of his latest release ‘Philo’ which featured Omah Lay and is speculated to be off his upcoming album.

Fine Boy Bella revealed that recording the song had been both easy and hard in the sense that coming up with the song’s flow was easy, but he had struggled with maintaining the flow and getting a producer to match with his flow.

Krizzbeat had been the one he worked with, also citing that Omah Lay had hopped on the song after hearing the completed version of it. Bella opened up on how Omah Lay had postponed his trip to the US in order to shoot the music video for ‘Philo.’

Watch the interview below:

#BBMAs2022: Full List Of Winners At The Billboard Music Awards 2022

#BBMAs2022: Full List Of Winners At The Billboard Music Awards 2022