BBNaija: Tega hints on starting a talk show on how to have a successful marriage 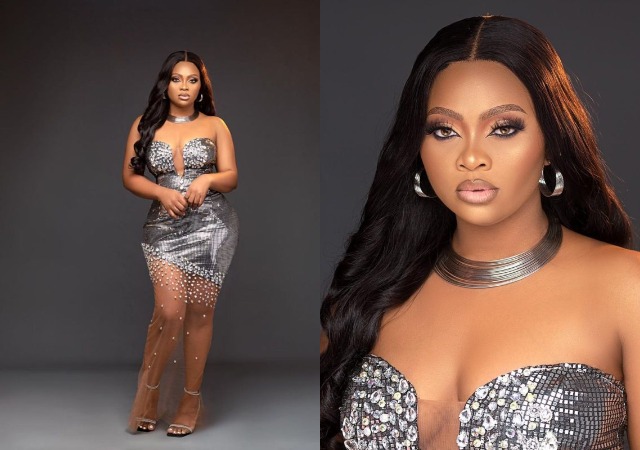 Tega Dominic, Big Brother Naija season 6 contestant, has hinted that she is considering starting a talk show abour relationships with focus on marriages.

The reality TV star, who is also a divorcee made this known via her official Twitter page on Wednesday, September 14, 2022.

According to the mother of one, the primary purpose of her show, if she eventually launches one, would be to talk about people in successful marriages and how to make unions work out well.

She tweeted; ”I should start a talk show about successful Marriages and how to make it work… 😊”

See the reactions below:

Meanwhile, recall that BBNaija star, Tega Dominic was in the news recently after she revealed that her escapades with colleague, Boma Akpore were all planned in a bid to spite and get back at Queen.

In a chat with Glitch Africa, Tega who was with the recently evicted BBN housemate, Kess addressed the question about why housemates always strive to have partners in the house.

While Kess attributed it to the cold in the house, Tega avowed that she was with Boma simply because she wanted to get back at Queen.

According to her, when Queen and Boma seemed to be getting along and subsequently had issues, she played the role of a middleman to reconcile them but Queen, in turn, began keeping malice with her and this made her device a strategy to spite her.

She added that all she and Boma did in the show were tacitly planned.

Recall that Tega Dominic and Boma Akpore who were housemates in the BBNaija season 6 edition were caught in several hot romances.

“You show viewers what you want them to See” – Tega drags BBNaija organizers, vows to show viewers everything that happened in the reunion

“You show viewers what you want them to See” – Tega drags BBNaija organizers, vows to show viewers everything that happened in the reunion

After making out with Tega, Boma says Her Honeypot Smells like a Fish [Video]

After making out with Tega, Boma says Her Honeypot Smells like a Fish [Video]