#BBNaija: Phyna Wins It All, Emerges As Winner Of The Seventh Edition Of Big Brother Naija 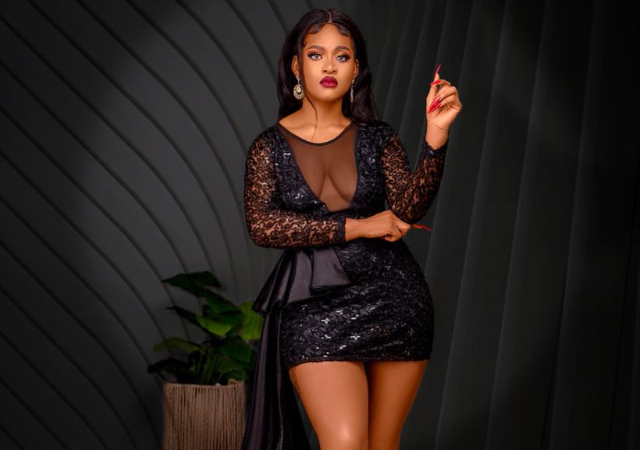 Ijeoma Josephina Otabor, Phyna has been declared the winner of the Season 7 of the Big Brother Naija show with the theme, ‘Level Up,’ leaving Bryan as the first runner up.

The evening saw the top six housemates quite teary and emotional as Big Brother addressed them for a final time before their exit from the Big Brother house.

Daniella was the first to bow out from the show, followed by ChiChi and then Adekunle, leaving Phyna, Bryan and Bella as the top three finalists of the show.

After Bella was evicted from the show, Phyna and Bryan were invited to the stage where either of them would be crowned as winner of the show in front of their fans.

Much to the elation of Phyna’s fans, she was crowned winner of this year’s edition of the reality TV show. She’ll be walking home with Fifty million naira in cash, an Innoson G5t SUV vehicle, Cash prizes from Pocket and Flutterwave, a Dubai trip for two, a year supply of Pepsi, a brand new Tecno Camon C9 smartphone, electronics from Nexus and more.

Recalls that during the show, Phyna mentioned in several instances that she had it rough growing up. She came from a family where everyone had to hustle on their own and as such, she grew up independent, doing several jobs.

The 25-year-old contestant who is one of the fans’ favourites was born in June, 1997 and hails from Edo State.

BBNaija: Our Bromance Is Made In Heaven, Niyi Lauds Whitemoney

BBNaija: Our Bromance Is Made In Heaven, Niyi Lauds Whitemoney