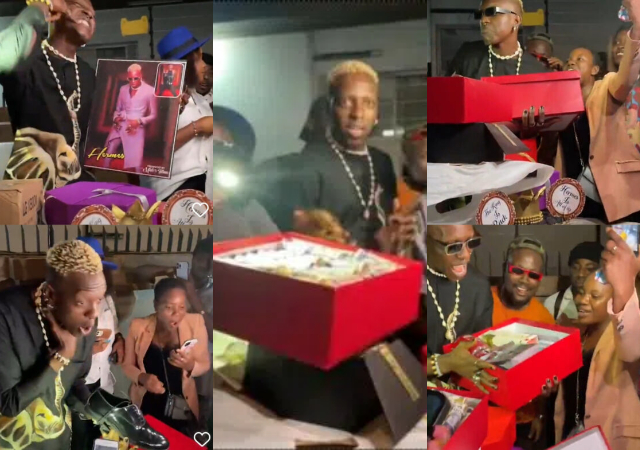 Hermes, who was over elated over their sweet gesture, couldn’t help beaming with joy.

The mouthwatering gifts is coming days after Hermes had opened up on the origin of his name.

The reality star who left the show some days ago following an eviction termed unfair by viewers was welcomed with open arms by his fans.

Hermes was showered with loads of gift items which include cash gifts, music boxes, shoes, photoframes, cakes, and many others.

The reality star who was overwhelmed by the gesture of love expressed his undying appreciation to his beloved fans who made the day possible for him.

#BBNaija S7: “They Will Start Catching Feelings……”- Hermes & Others Devices A Plan To Destabilize Level 2 House

#BBNaija S7: “They Will Start Catching Feelings……”- Hermes & Others Devices A Plan To Destabilize Level 2 House