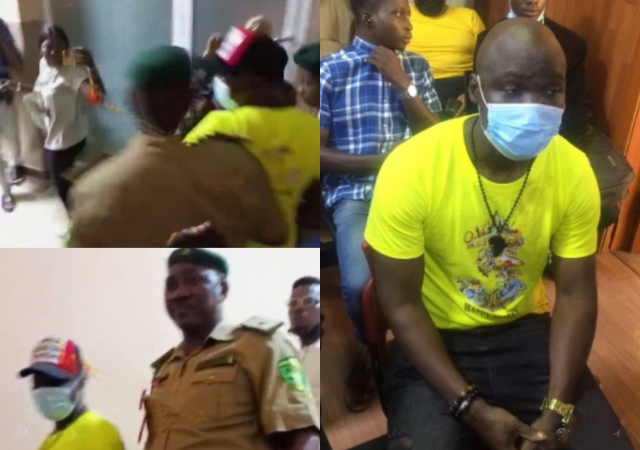 Actor, Olanrewaju James, has asked an Ikeja Domestic and Sexual Violence Court to grant him post-conviction bail pending hearing and determination of his appeal before the Lagos Division of the Court of Appeal.⁣

The charges against Baba Ijesha:

He was convicted of four out of a six-count charge brought against him by the Lagos State Government.⁣

The convict is serving a five-year concurrent jail term.⁣

Baba Ijesha tries to work his way out of prison:

Baba Ijesha who was in court on Wednesday, September 14, 2022, again sought to suspend the imprisonment pending appeal.⁣

During proceedings, Chukwudi Adiukwu, informed the court they have filed an application for bail pending appeal, pursuant to Section 6 (6) of the 1999 Constitution, as amended.⁣

Adiukwu argued that section 51 of the Administration of Criminal Justice Law, Lagos State 2015, empowers the court to admit the applicant to bail, either unconditionally or upon reasonable conditions.⁣

He said granting their application would serve the course of justice.⁣

Everything in That Video Was Scripted, Princess Wants Lagos State to Make Her Face Of ‘Anti-Child Molestation – Baba Ijesha

Everything in That Video Was Scripted, Princess Wants Lagos State to Make Her Face Of ‘Anti-Child Molestation – Baba Ijesha