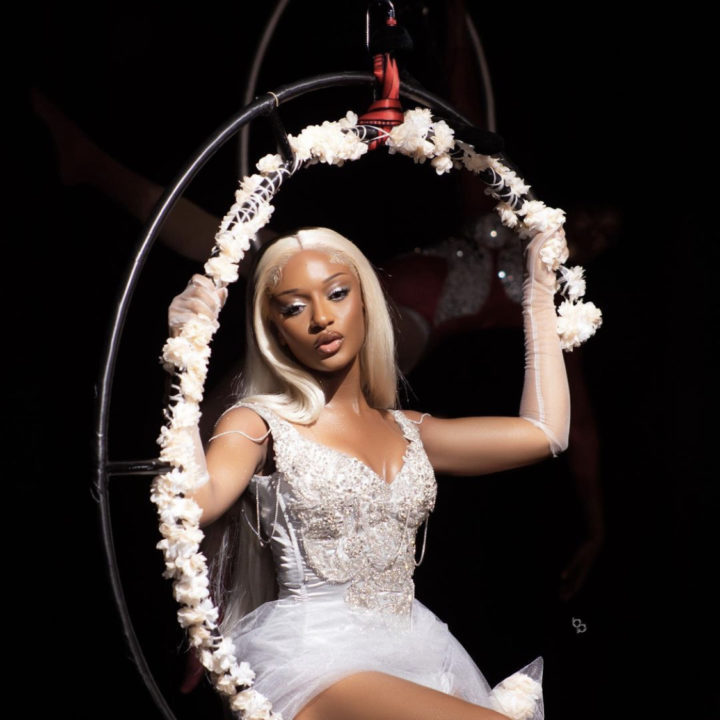 Ayra Starr once prophesied about Rush becoming the biggest song in the world, now it seems her entire 19 & Dangerous Deluxe album is manifesting the desire. See what the singer had to say about the album’s latest exploit in our story. 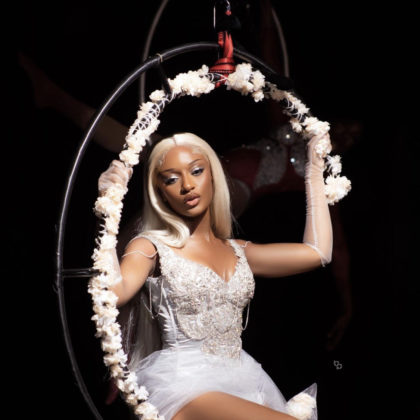 Musically lethal Mavin singer, Ayra Starr, has reacted to reports of her 19 & Dangerous deluxe album grossing half a billion streams across all platforms in the first weekend.

According to the report which was made by Album Talks Hq, 19 & Dangerous Deluxe had sold a total of 500 million streams across all music streaming platforms. Elated by the development, Ayra Starr took to her Twitter to express her joy and gratitude, saying; “19 and Dangerous deluxe has 500million streams across all platforms in the first weekend 🙏🏾🙏🏾🙌🏾🙌🏾🙌🏾🙌🏾 thank you God ! Iove you guysss” 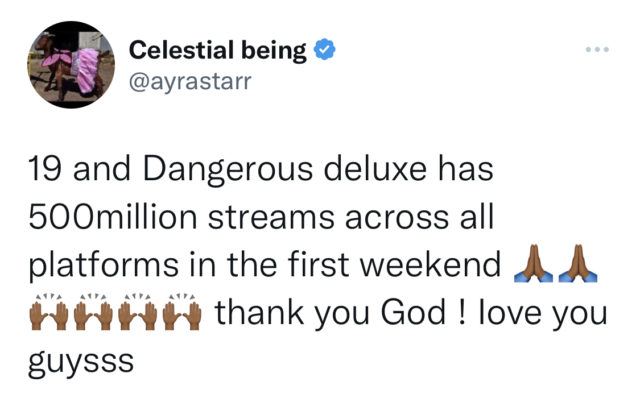 Previously, Ayra Starr’s lead single for the album, Rush, had also hit a noteworthy benchmark, grossing 10 million views in two weeks. 19 & Dangerous deluxe was released on the Friday, the 21st of October.