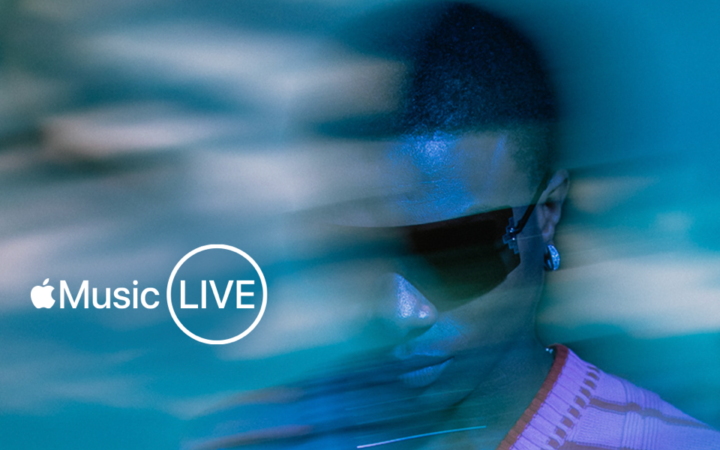 Wizkid would deliver a one-of-a-kind live performance in London in collaboration with Apple Music which would be streamed worldwide.

Grammy Award-winning and multi-platinum selling superstar Wizkid would deliver a live performance like no other at The Roundhouse in London and will be available for streaming on Apple Music in over 165 countries on an unannounced date.

Apple Music is inviting Wizkid fans in the London area the opportunity to attend the live taping of this can’t miss a one-off performance by registering for free tickets HERE.

Wizkid will be the latest artist to take the stage for Apple Music Live, the live performance series on Apple Music, giving the biggest stars in music a global platform to connect with audiences around the world. Launched this spring, Apple Music Live has previously featured exclusive live streamed performances from global superstars Harry Styles, Lil Durk, Mary J. Blige, and Luke Combs.

“Apple Music has always been a supporter of my career and a major tool in connecting me with my fans.

Collaborating with them on something like this is special. I’m excited to debut new music from my forthcoming album ‘More Love, Less Ego’ and share my Apple Music Live show with fans across the world.”

Earlier this month, Wizkid released a new single, “Bad To Me,” from his highly anticipated forthcoming album via Starboy/Sony Music International/RCA Records. Produced by Wizkid’s longtime producer P2J (whose credits also include Beyoncé, Doja Cat and Burna Boy), the single is a declaration of lust in its purest form; sultry vibes over a percussive beat that only continues to add to the ongoing tension.

Across Apple Music, the Nigerian singer-songwriter has reached new heights as the first African solo artist to break the Global Daily top 10 with “Essence (feat. Tems),” reaching Number 9 on the Global Daily Top 100 in the summer of 2020. The October 2020 album Made in Lagos has served as a breakthrough release for Wizkid, with the album ranked within the Top 10 albums streamed in the first week of release across 8 countries in Africa (Nigeria, Kenya, Tanzania, Uganda, Zambia, Benin, Sierra Leone, and Rwanda), and helped spur his growth in countries outside of Africa.