Wizkid’s Manager, Jada P ‘Blocks’ Troll Who Called Her A “Glorified Babymama” Who Would Never Get A Ring

Jada Pollock Grammy award winning singer Wizkid’s baby mama and girlfriend, has reacted after a troll referred to her as a glorified baby mama who will never be elevated to wifey status.On Wednesday, May 11, Jada Pollock took to Twitter to convey her gratitude to the Grammy winner’s followers and fans,

“Wizkid FC I love you! Never a dull moment with you guys!” she tweeted.

In response, the troll with the name @RevoGorilla slammed her for allowing the Wizkid’s followers to be destructive instead of calling them to order, who did not appear to be a Wizkid fan, then referred to her as a glorified baby mama who would never receive a ring from the musician.

“This glorified babymama that will never get a ring does not have any iota of shame seriously, see her applauding them for their toxicity, but when we drag her, she will start ranting like a”, the troll tweeted.

When Jada Pollock learned about the nasty remark the troll had made, he was barred.

On realizing that Jada had blocked him, he went online to slam her and refer to her as her “bedmate.”

“So Wizkid’s bedmate blocked me for telling her the truth about her status , the glorified babymama that told FC she’s enjoying their toxic banters did after just one hit from me ” he wrote. 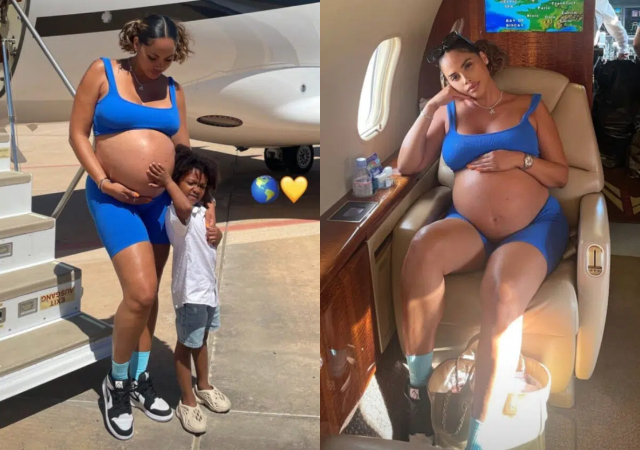 “As A Single Father, I Hope To Catch A Wife on This Tour” – Wizkid Subtly Shades Babymama

“As A Single Father, I Hope To Catch A Wife on This Tour” – Wizkid Subtly Shades Babymama