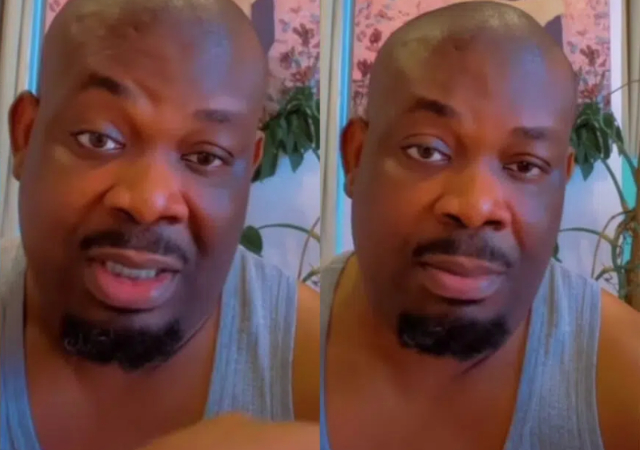 Tagging them as hypocrites, the Mavins singer noted how many of them who condemn things openly, go behind close doors to purchase them.

Don Jazzy had earlier shared a disturbing video of a slippery cucumber which was used to promote a sexual product.

The video didn’t sit well many as they criticised him.

Lashing out at them, Don Jazzy noted how many of them are hypocrites.

According to him, the brand has been receiving heavy traffic following his promotion.

Don Jazzy revealed how he tries as much as possible to support people’s business/hustle by either posting their songs or comedy skits.

However, many fail to stream the songs or download the video but immediately they saw the video, engagement tripled.

“So I think some of you are hypocrites. Everyday I try as much as possible to support people’s business and people’s hustle by either posting their songs or comedy skits.

Some of you look at it and keep scrolling. That’s fine – maybe you didn’t like the content, that’s okay – we will keep hustling. Now I post slippery cucumber and the number is crazy.

Some people complained that they don’t like it then keep scrolling”.

”I am tested and trusted” – Don Jazzy

”I am tested and trusted” – Don Jazzy