Reactions Trail CKay's Latest Singles 'Emiliana' & 'By Your Side' | SEE

Buzzing singer CKay has released two new singles titled ‘Emiliana” and “By Your Side’ and, as expected, reactions have trailed it.

Buzzing Nigerian singer, songwriter and producer, Chukwuka Ekweani, popularly known as CKay, has released two new singles titled ‘Emiliana’ and ‘By Your Side’ and, as expected, music lovers have reacted to the quality of the music.

After the massive success of his ‘Boyfriend‘ extended play which housed the global hit record ‘Love Nwantiti‘, CKay returns with two new mellifluous records. The super talented singer-songwriter has decided to wrap up the year with ‘Emiliana‘ and ‘By Your Side‘ featuring South African rapper, Blxckie.

‘Emiliana‘ and ‘By Your Side‘ serve as CKay‘s second output for the year, it is a follow up to the critically acclaimed ‘Boyfriend‘ EP. As regards the production credit, CKay, BMH, and Andrew Phoswa all contributed to both records.

Hours after the release of both songs, music lovers have shared their thoughts on social media, with more emphasis being laid on ‘Emiliana” than the second song, “By Your Side”. 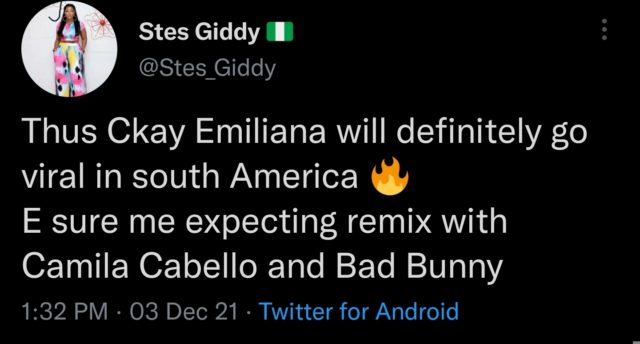 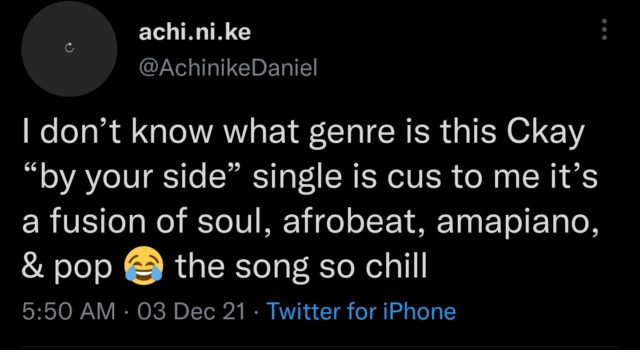 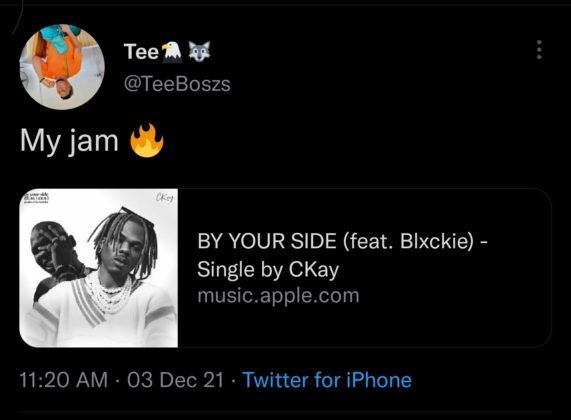 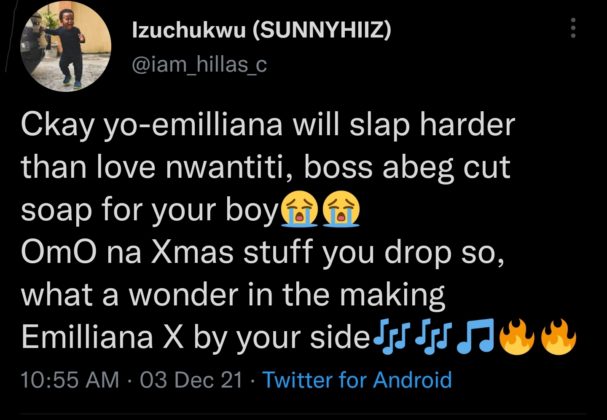 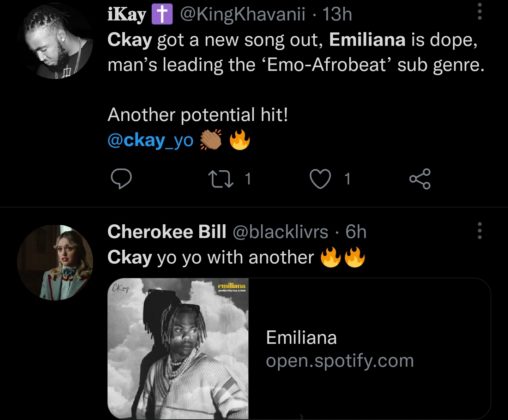 Flavour Shares Highlights from His Homecoming Concert in Anambra | WATCH