The industry is still not over the removal of the Machala song and this time, singer Fave had something to say about it but Nasty Blaq came with a counter statement to that. Follow up with the development below. 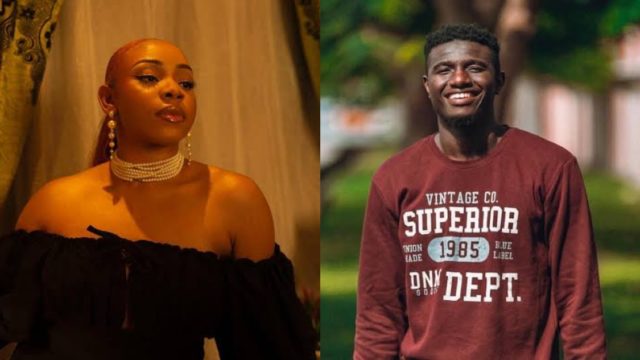 Headies Awards Rookie of the Year and Baby Riddim crooner, Fave has gotten countered by comedian Nasty Blaq for a statement she made regarding the disagreement that led to the removal of Carter Efe and Beri Tiga’s Machala song.

Fave had shared her opinion on Twitter saying; “Comedian no be artiste lol. Took the boy’s song smh. Write song if na so e easy!” While her statement had garnered several reactions mostly in agreement with her, popular comedian Nasty Blaq wasn’t with it and soon responded by quoting her tweet with a counter statement. Nasty said; “Artiste no be comedian do NUMBER ONE IF EASY”

READ AS WELL: Carter Efe Narrates How He Made The Song ‘Machala’ | WATCH

His statement likewise got numerous reactions with several Twitter users pointing out that Fave has indeed held the number one spot with her Baby Riddim hit and her Riddim 5 EP.

Beri Tiga and Carter Efe’s Machala collaboration became a hot topic on social media following its removal from streaming platforms due to both parties inability to agree on individual input which affects the splitting of royalties.

Nasty Blaq who’s a popular social media comedian and skit maker like Machala collaborator, Carter Efe is a close associate to the latter and the duo have appeared in several of their skits together.