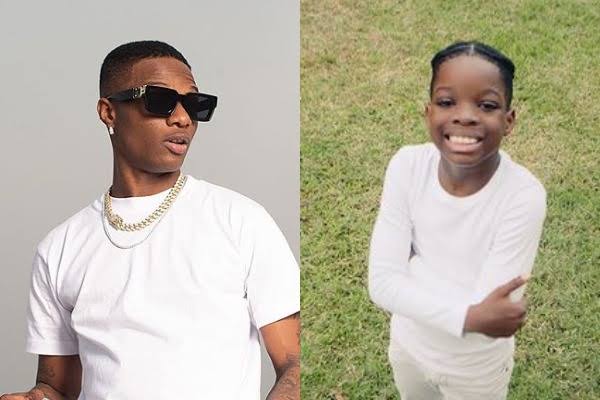 Fans have taken to social media to react as a video of Wizkid’s son Tife not picking his calls surfaces on the internet.

Numerous reactions have taken over social media as fans got to see another side of Wizkid when he could not reach his son Tife on a call.

Wizkid in the video had placed a call to his son who did not pick up after a few rings. Someone had tried to speculate that Tife was probably asleep but Wiz laughed it off stating that he knew his son and he knows him well enough to know he won’t be sleeping by 7pm.

Here are some of the reactions below: