Nigerian Grammy-award winning singer and African Giant, Burna Boy, recently held a concert at the O2 Arena in UK, and by all indication, it was a huge success.

Prior to the show, there were opinions by rival fans that the “Ye” crooner did not sell out the arena, but Burna squashed this claim after his show, as he claimed he sold out his tickets, the way he wanted, at his own price.


The rival fans would not admit defeat, and as they searched for more details on the arena, they landed on the Instagram page of an instrumentalist who performed that night.

However, a quick google search tells us that the O2 arena capacity is way about 12,000, and a sold out show would be nothing less than 20,000.

So who do we believe, Burna, or the instrumentalist? 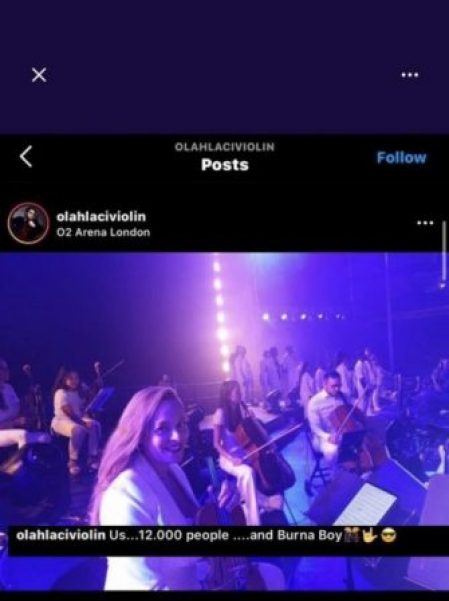