Actress Nkechi Blessing has replied to her ex-boyfriend Falegan after he alleged that she’s unhygienic and can wear a single pant for 3 days saying she smells and tastes so good.

Falegan in a viral video accused Nkechi Blessing of not being hygienic and actually wearing a single pant for 3 days until he asks her to change it and the fact that he apologized.

Nkechi Blessing has replied to his claims debunking whatever he said saying she smells and tastes soo good that we should ask Mr. A as she’s the sweetest ever shading him that he has been crying whenever he wants to come after s3kz.

According to Nkechi Blessing, she has moved on since November last year when she left London so why not he do the same by asking him to leave her name out of his mouth since having a relationship with him again is not by force.

She then alleged that he’s in a shared flat in London and has to squeeze herself to be there for 3 weeks yet he isn’t ashamed to come on social media to call her out since he has nothing attached to his name than being the ex-boyfriend of Nkechi Blessing. 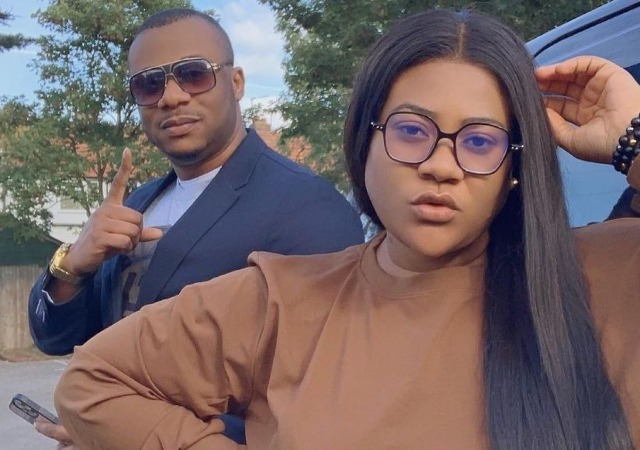