Femi Kuti and his son Made Kuti have been nominated for the 2022 Grammy Awards for their double album ‘Legacy +’.

Nigerian Afrobeat, singing and performing duo Femi Kuti and his son Made Kuti have been nominated for the 2022 Grammy Awards for their double album ‘Legacy +’.

The father and son released ‘legacy +’ in February 2021; two albums by Femi and Made Kuti which were packaged together into one, dominantly rooted in the Afrobeat genre which was invented by Fela Kuti, Femi’s father and Made’s grandfather . 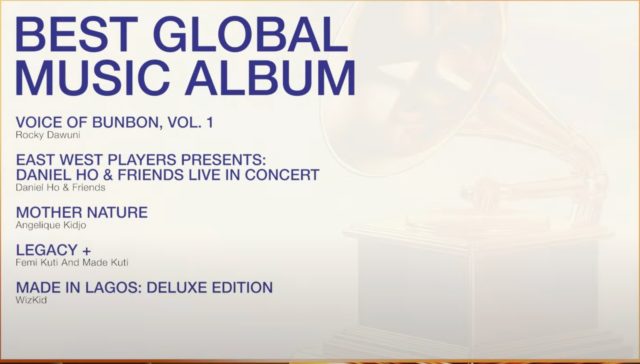 Reacting to the nomination, Made Kuti, who got his first Grammy nomination for his debut album, could not contain his joy as he took to his instagram page to thank the recording academy and his father. He wrote:

I’m dazed mehn!!! Guess who just got nominated for his first Grammy for his Debut album!!??
All those years I spent practising all those instruments by myself to record an album I would play every instrument in by myself!! Notating the music, recording it with @zarma_studio, editing! Man! I’m stoked! 🔥🔥🔥
Thank you @recordingacademy and of course to the ultimate support pillar @femiakuti

Away from the double nomination, Femi Kuti also bagged an individual nomination in the “Best Global Music Performance” category alongside Wizkid, Tems, Angélique Kidjo, Burna Boy and two others for his song Pà Pá Pà. 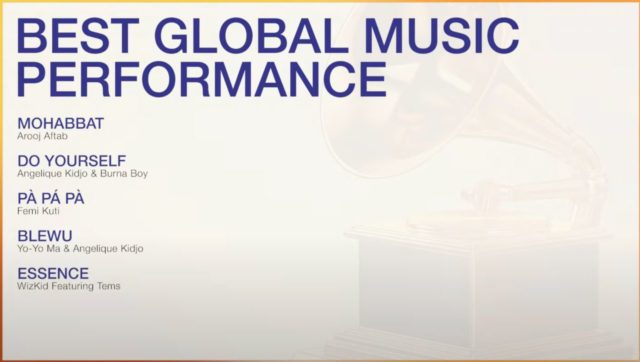 The Grammy Awards is arguably the biggest night in the music industry every year, as the creme de la creme come together to reward the efforts of the best talents of the year in review.

The 2022 event will hold on Monday, the 31st of January at the Staples Center. The 2022 Grammy Nominations is the third step in the Recording Academy’s process of selecting this year’s winners.