After the release of his first EP “Body Of Work” in the second week of January 2022, a 6track Extended Play body of work termed #BOW which features Queen of Afro-House, Niniola, RnB Gentleman Praiz, and Tanzania ace artiste Harmonize, Eltee Skhillz’s ODG is sending social media into a frenzy.

ODG, a single Off the EP has officially become the first official hit song from the EP. The song with a catchy Afrobeat, Pop sound with a blend of mini amapiano hit millions of streams on Audiomack, Boomplay and Apple music respectively making it the first time Eltee Skhillz will hit such huge numbers on these platforms. 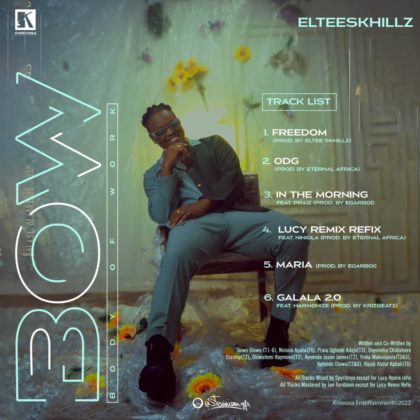 With a #tag framed #OdogwuNaTheSpender the song quickly became a fan favourite on TikTok and Instagram Reels raking in thousands of videos in just over two weeks of release.

Nationwide DJs have also taken up the mantle as they tend to play the song up to 3,4x times a night to satisfy their customers on the dancefloor as they request it should be repeated from time to time.

Produced by Eternal Africa the song has also garnered a lot of respect from people in Africa at large as we can see both children and adult dancers in East and Southern Africa create different routines to fit the sound from Eltee.

LISTEN TO ODG BY ELTEESKHILLZ

Chance the Rapper Links Up With Sarkodie In The Studio | WATCH