The DMW boss and frontline act, who clocked 29 yesterday, November 21st 2021, was celebrated by various people from different walks of life and, surprisingly, the afrobeat-poster boy’s estranged girlfriend, Chioma Avril, also joined in celebrating the superstar.

Chioma, who is a celebrity chef, took to her Instagram page on Sunday, November 21, 2021, celebrating her ex-lover and baby father. Posting a photo of Davido, she wrote: 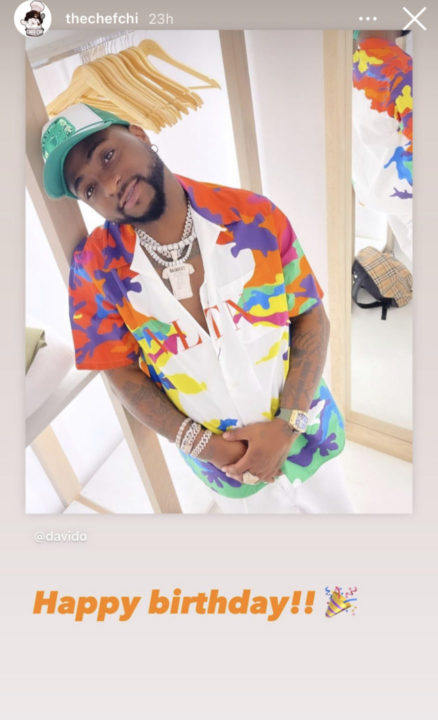 This comes days after Davido promoted Chef Chi’s bag business on his page. Recall that as part of his birthday celebration, Davido raised a total of two hundred million naira from his friends and industry colleagues, added fifty million to the money, and donated everything to orphanages across Nigeria.

Davido and Chioma started dating in 2017, after which they had their introduction in 2019, the same year they had their son, Ifeanyi. However, rumours of the separation started brewing in 2020, an unfortunate incident that was later confirmed after Davido was seen holding hands with an Instagram model, Yafai, in the Caribbean.

See Revelation Blaqbonez Made About Asake

Rema Lists 4 Artists He Would Like To Collaborate With | WATCH