The buzzing emo-afrobeats star has been soaring since he got his big break and the moving train continues to travel.

Talented Nigerian singer, songwriter, and producer, Chukwuka Ekweani, popularly known as CKay, has hit another milestone on the Billboard chart with his latest tune, ‘Emiliana’.

The Afro-fusion tune “Emiliana” came as a follow-up after the singer’s “Love Nwantiti” became a global smash hit, and a few weeks after its release, it debuted on the Billboard top 200 chart at number 190. 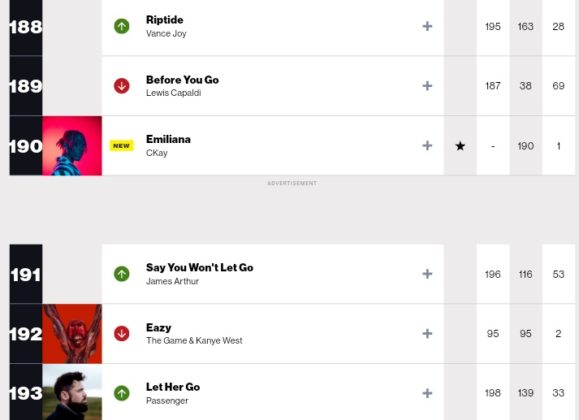 According to reports, away from debuting on the chart, CKay’s ‘Emiliano’ is the first Afrobeats song to make the Billboard chart without an official video.