Nigerian singer, Timaya featured rave of the moment Buju on his new song titled Cold Outside, and the fans are already showing it lots of love with their reactions.

Timaya and Buju released the song titled Cold Outside along with a video shot by TG Omori and the reactions show that fans are in love with the visuals too. The song was released on Thursday, the 14th of October 2021.

Dem Mama Records head honcho Timaya has collaborated with the rave of the moment Buju to deliver this potential smash titled Cold Outside. It comes with a clean music video, directed by the highly creative TG Omori. Produced by gifted beatmaker Young Willis, Cold Outside serves as Timaya‘s second official single for 2021. It is a follow-up to his previously released record Eff All Day featuring veteran rapper, Phyno.

In the reactions, Fans commended Buju’s run of hit features which is now joined by the new Timaya song, Cold Outside. Buju has had a very good year, with features on songs by the likes of Wizkid, Ladipoe, Basketmouth, and more, in addition to dropping his own songs. 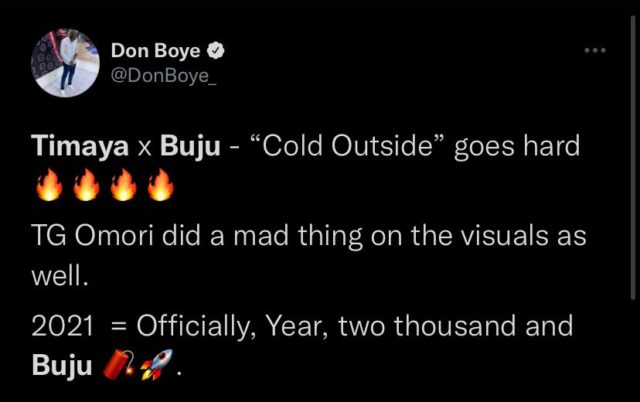 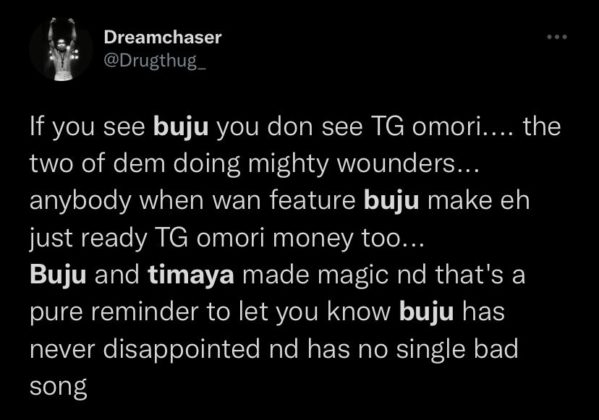 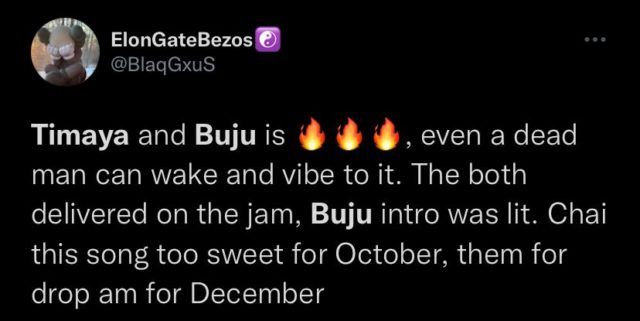 "My New Album Might Drop In Six Weeks" – M.I Abaga